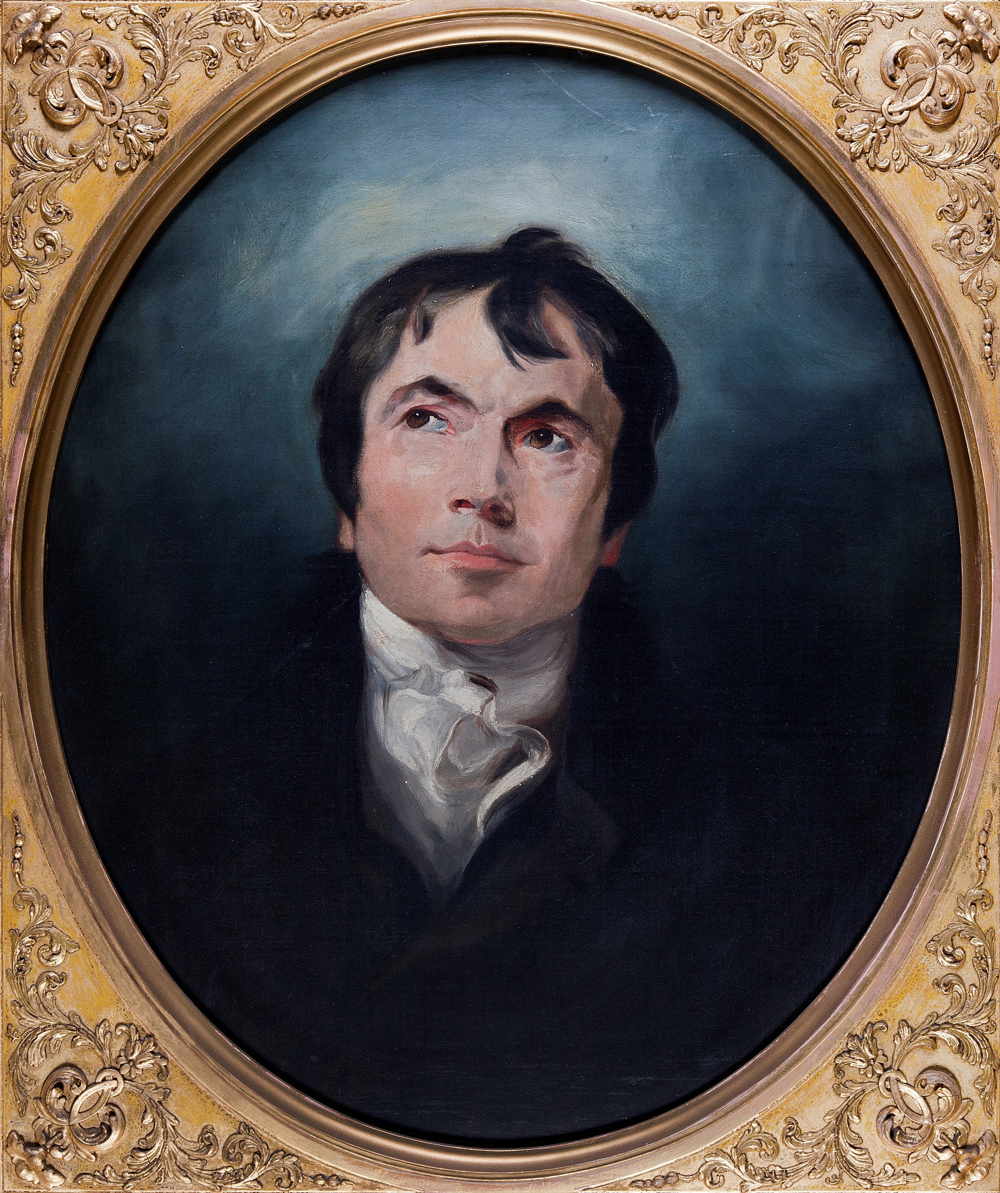 We’re marking the 270th anniversary of a famed Irish voice with this WORK OF THE WEEK!

The subject of this portrait, lawyer and politician John Philpot Curran, was born at Newmarket, County Cork on 24 July 1750. Noted for his oratory, he had overcome a speech impediment by reciting the works of Shakespeare and Bolingbroke before a mirror! Having fought five duels in his lifetime, he subsequently rose to the senior judicial position of Master of the Rolls in Ireland.

Curran had been called to the Irish Bar in 1775 following an education at Midleton College, Trinity College Dublin, King’s Inns and Middle Temple. By then, however, he had already co-defended James Somerset – a slave who had declared his own freedom – to the Court of the King’s bench (Somerset v. Stewart, 1772). He would rousingly proclaim that Somerset’s “body swells beyond the measure of his chains which burst from around him, and he stands redeemed, regenerated, and disenthralled, by the irresistible genius of universal emancipation.”

Curran, however, was to oppose his daughter’s association with the Irish republican, Robert Emmet (1778-1803), for whom Emmet Place in Cork is named. Following the revolutionary’s execution, Sarah Curran (1782-1808) sought refuge at the Penrose family home of Woodhill, Lover’s Walk. She married Captain Henry Sturgeon at St Mary’s and All Saints, Glanmire in 1805 and moved to Sicily.

This portrait of John Philpot Curran (1750-1817) was purchased from Constance Evelyn Wyndham, Lady Leconfield through our Gibson Bequest Fund in 1933. It is based on the untraced original painting by Sir Thomas Lawrence, of which several print versions are known to exist. Our portrait was previously misattributed to Charles Edward Gribbon (1898-1939).

Portrait of John Philpot Curran is displayed on our Grand Staircase.