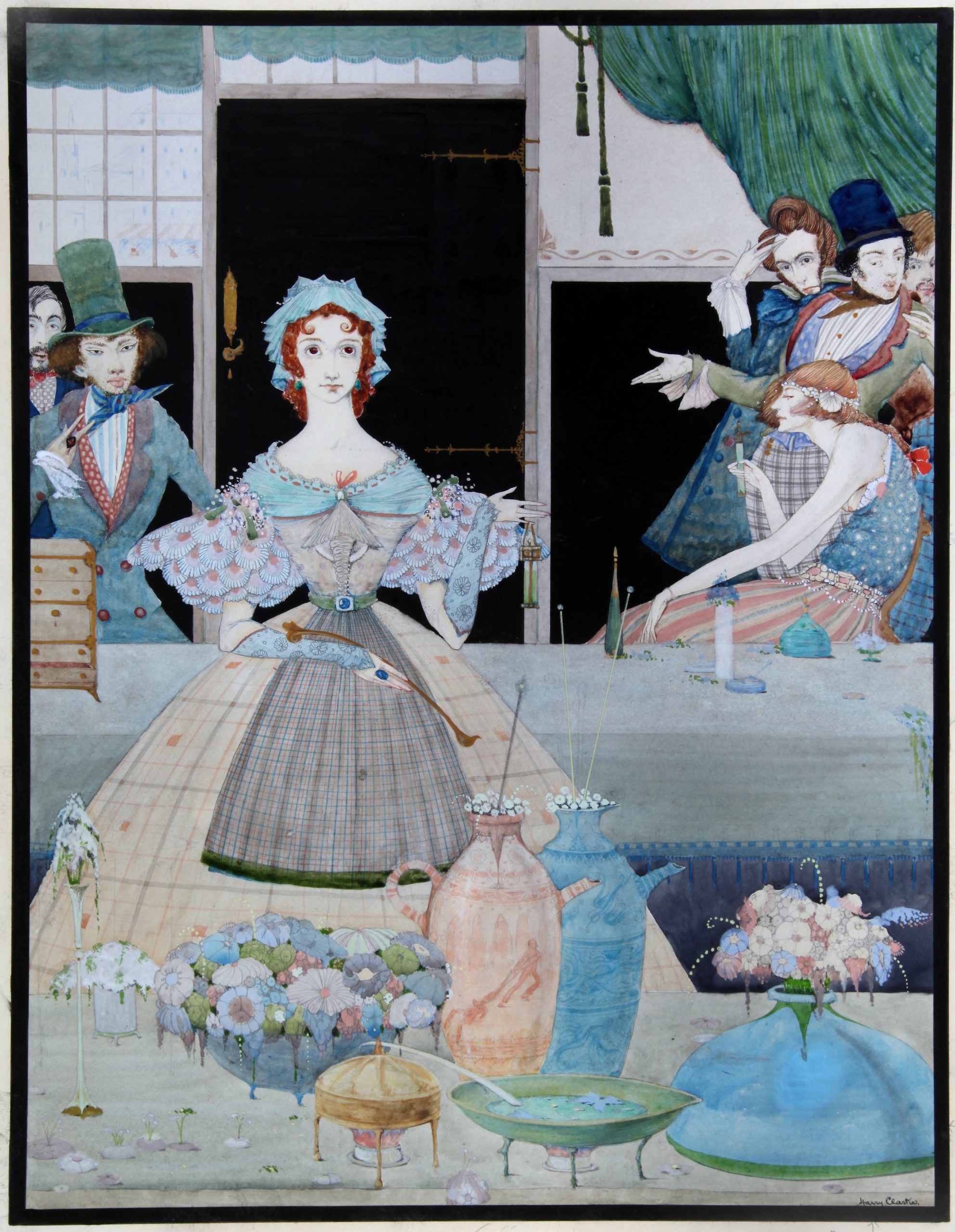 This exquisitely detailed image illustrates “The Mystery of Marie Rogêt” (1842) and was created for the 1923 edition of Edgar Allan Poe's Tales of Mystery and Imagination, published by George G. Harrap & Co. (London).

Described by Charles Baudelaire as ‘a masterpiece, a wonder’ – and acting as a sequel to “The Murders in the Rue Morgue” (1841) – the story is based on the real murder of Mary Cecilia Rogers (c.1820-1841). Poe relocates the setting from New York to Paris, however, as his detective C. Auguste Dupin investigates the unsolved murder of perfume seller Marie Rogêt.

The ill-fated Marie is the focal point in Clarke's illustration, while a host of richly attired suspects (right) and investigators (left) are gathered beyond her shop counter. Curiously, a seated figure (right) appears bare-breasted and seems to be more at home in the 1920s than the 1840s!

At centre foreground, Clarke adds a chilling, macabre flourish to this interior scene: upon the tall perfume jug plays out the murder of Marie, as she is dragged to the River Seine, thus setting the mystery in motion.

Get up close to this and other extraordinary works in MYSTERY & IMAGINATION: Harry Clarke Watercolours (30 November 2019 - 19 January 2020) for a limited time only.