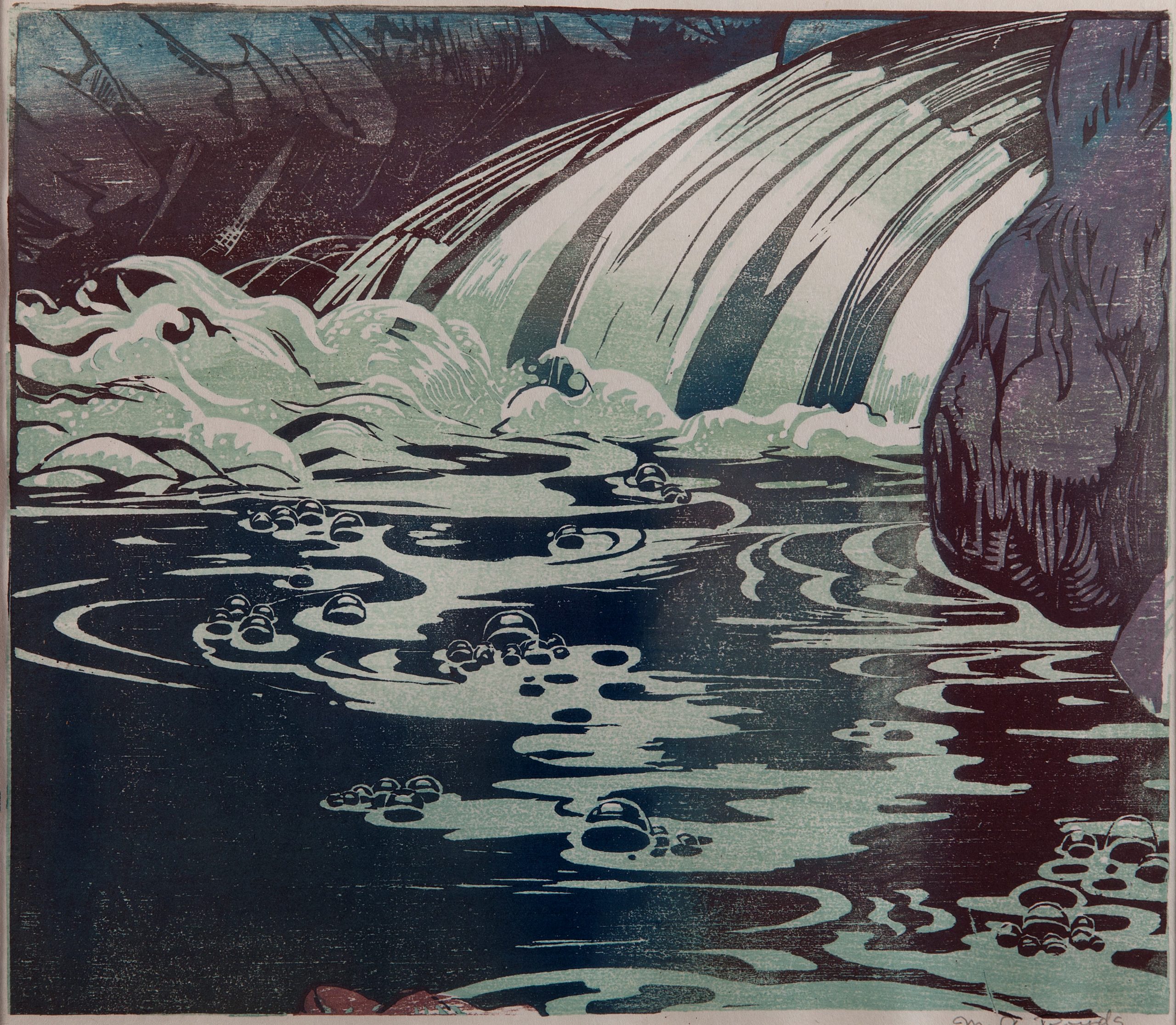 The Fall (c.1938) is a fine example of interwar printmaking by British artist Mabel Allington Royds (1874-1941), who was particularly noted for her colour woodcuts.

Often made on demand (rather than in editions), each of these possess unique variations owing to her method of applying pigment with a brush, instead of a roller, to the printing blocks. Ever resourceful, for these she sometimes used pastry boards in place of cherry wood. It is unsurprising then that this print – which we purchased from the Edinburgh dealership Doig, Wilson & Wheatley in 1939 – differs considerably in tone from another version held in the National Galleries of Scotland collection.

Having grown up in Liverpool, Royds trained in London, under Henry Tonks (1862-1937), and then Paris, with Walter Sickert (1860-1942). In 1911, she began teaching at Edinburgh College of Art. It is here that she learned techniques of Japanese ukiyo-e printmaking and met fellow printmaker, Ernest S. Lumsden (1883-1948), whom she would marry. Having previously worked in Canada, the artist later travelled extensively in Europe, India, and the Middle East.