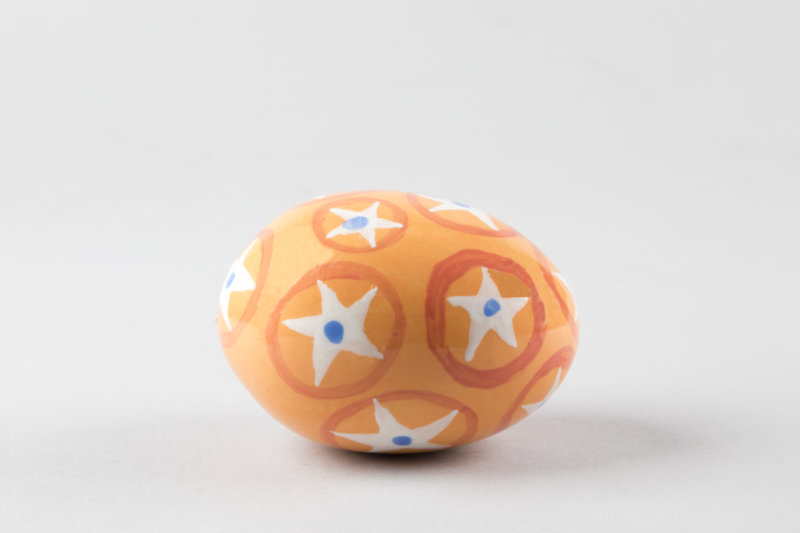 We’re having one last ‘Easter’ egg (promise!) with this WORK OF THE WEEK.

Egg (Orange with white stars) is one of five ceramic eggs by John ffrench (1928-2010) in the collection. Each is distinctively decorated with various forms in vibrant shades of orange, blue, and purple, which reflect a Mediterranean influence – ffrench’s mother, Sofia ‘Fifi’ Brambilla (1893-1984), was Italian.

This particular egg has several white stars of different sizes painted across its surface; blue dots at their centre and each encircled by a band of deeper orange against a paler orange ground. Such differences between similar forms attests to ffrench’s interest in one-off designs and hand-built approach to ceramics.

The ceramicist lived for a time at the ashram (spiritual hermitage) in Sevagram and the lifestyle, ethos, and craft tradition in India would have a marked impact on his own ceramic work back in Ireland.

Our collection of John ffrench ceramics can be viewed on Floor 2 later this week as the gallery and café reopen on Thursday 21 April!

A fully-illustrated book, The Life and Work of John ffrench (2017) by Peter Lamb, is available from our bookshop and online shop.