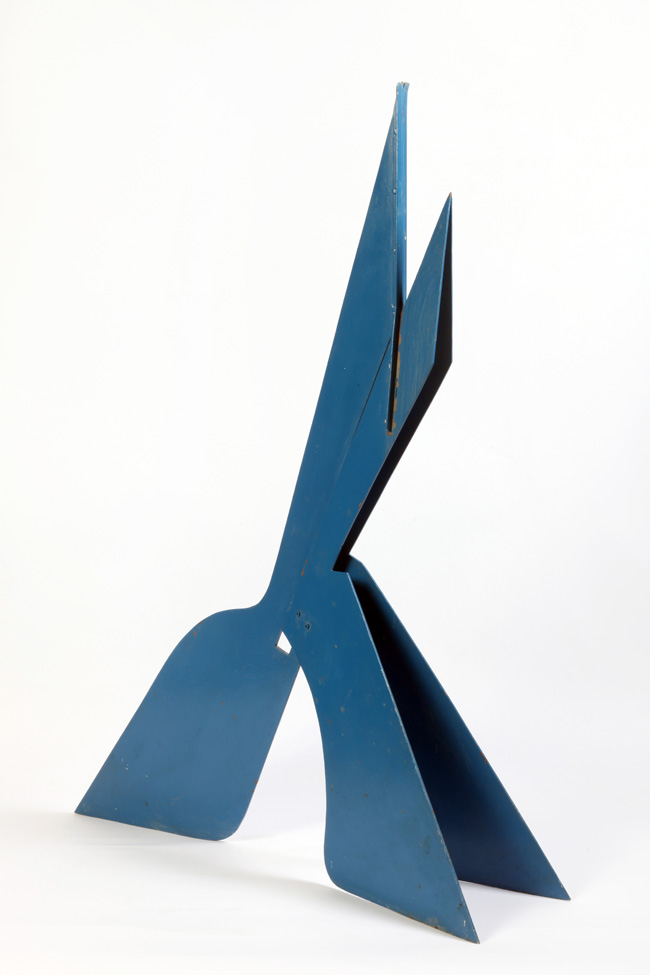 Did you know that our WORK OF THE WEEK feature has been running for four years!?

Every few weeks over the coming months, we will focus on a work from the collection that has been selected by artist Corban Walker for inclusion in his new exhibition, AS FAR AS I CAN SEE.

Blue Maquette (c.1977) by John Burke is a bird-like abstract form made in painted steel. Purchased in 1977 through the Arts Council Joint Purchase scheme, it anticipates his hard-edged and large-scale public works, Red Cardinal (1978) on Dublin’s Baggot Street and the ‘Cork 800’ sculpture (1984) at the Wilton Roundabout.

Walker reflects that Burke ‘wasn’t a stranger’ to his family home at St. Mary's Lane, Ballsbridge. He remembers that his father, architect Robin Walker, ‘was a strong advocate of Burke’s large-scale sculpture. We had a few of his maquettes in the house and garden.’

A native of Clonmel, John Burke (1946-2006) studied and later taught at the, then, Crawford School of Art on Emmet Place. He also studied under Anthony Caro and Bryan Kneale at the Royal College of Art, becoming a pioneering, influential sculptor in his own right. Among his own students were a generation of distinguished artists, including Vivienne Roche, Eilis O’Connell, Jim Buckley, and Maud Cotter. He was a founding member of Aosdána.

Blue Maquette (c.1977) by John Burke is featured in CORBAN WALKER: As Far As I Can See until 15 January.