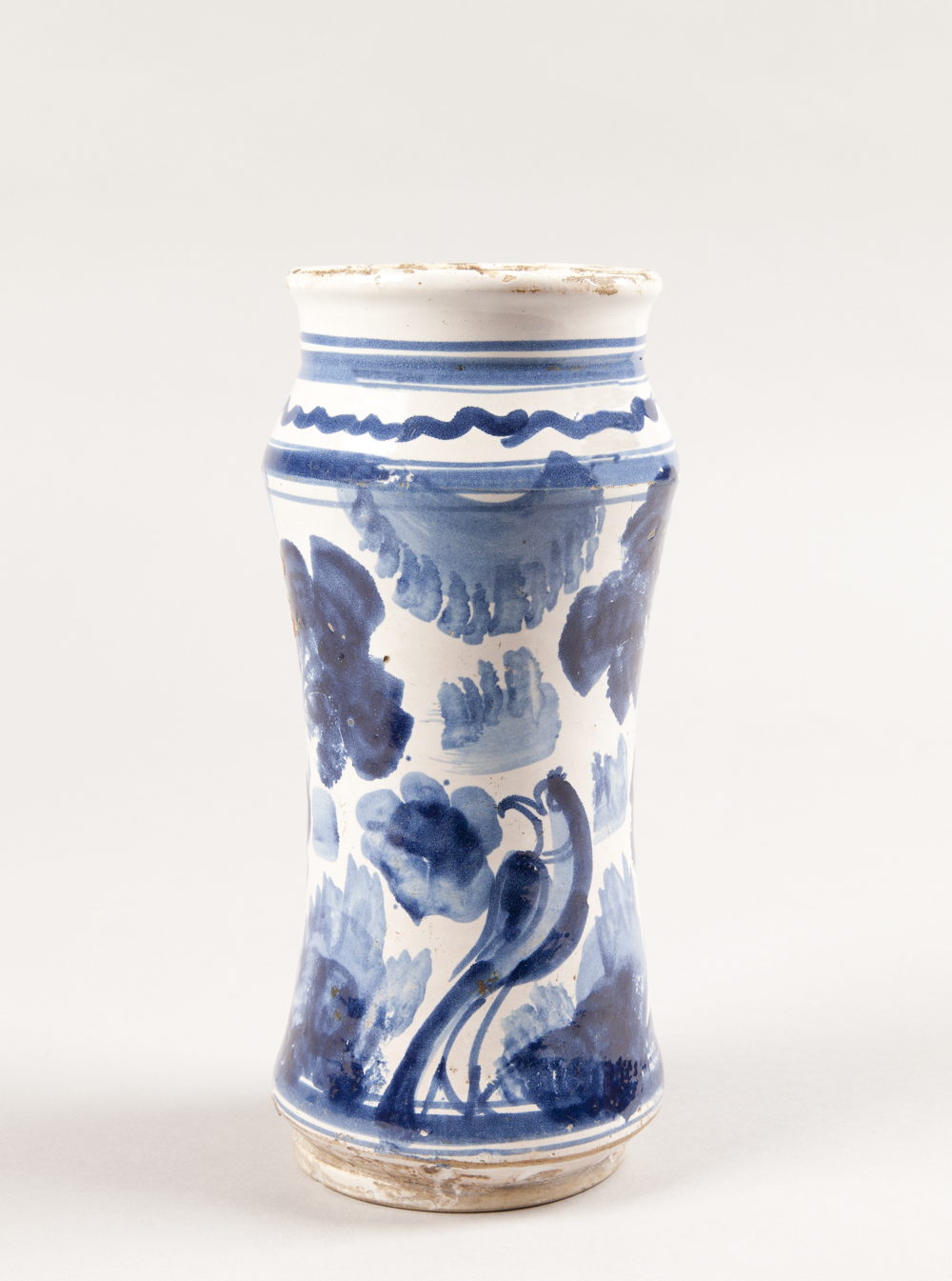 For this WORK OF THE WEEK we turn our attention to a curious object that entered our collection a century ago!

This earthenware Medicinal or Drug Jar dates back to at least the eighteenth century. More commonly known as an albarello, it would once have been used to hold ointments or other dry medicines in a pharmacy or apothecary’s shop. It is of a type of pottery called maiolica and the distinctive white and blue colouration stems from its tin-glaze and hand-painted design in cobalt oxide. This glazing is not only decorative but practical too, as it makes the jar impervious to liquids.

With their origins in the Middle East, albarelli became common in Italy and Spain in the fifteenth century. Measuring 24 centimetres (9.4 inches) in height, our example has a concave waist and would originally have had a leather or parchment seal tied at the neck. It is decorated with a bird and foliage motif that is typical to the province of Teruel in Aragon. Similar examples can be found in the collection of the Museo Nacional de Artes Decorativas in Madrid.

This particular object was bequeathed to us in 1919, at the end of the 'Spanish Flu' pandemic, by Joseph Stafford Gibson (1837-1919), a native of Cork who had lived in Madrid for the latter forty years of his life. It is mentioned in his will among “a collection of 15 plates, four round jars about nine inches high one with handles round it and a cover, the foot is missing.” These are now displayed in our Gibson Cabinet on Floor 1.

An amateur artist, Gibson traveled and painted extensively in Spain, with many of his watercolour studies being of Albarracín, a medieval town in Teruel. It is likely that he began his earthenware collection here. Fascinatingly, Ricardo Baroja (1871-1953) recounts meeting Gibson at Albarracín in his memoir, Gente del '98 (1952).