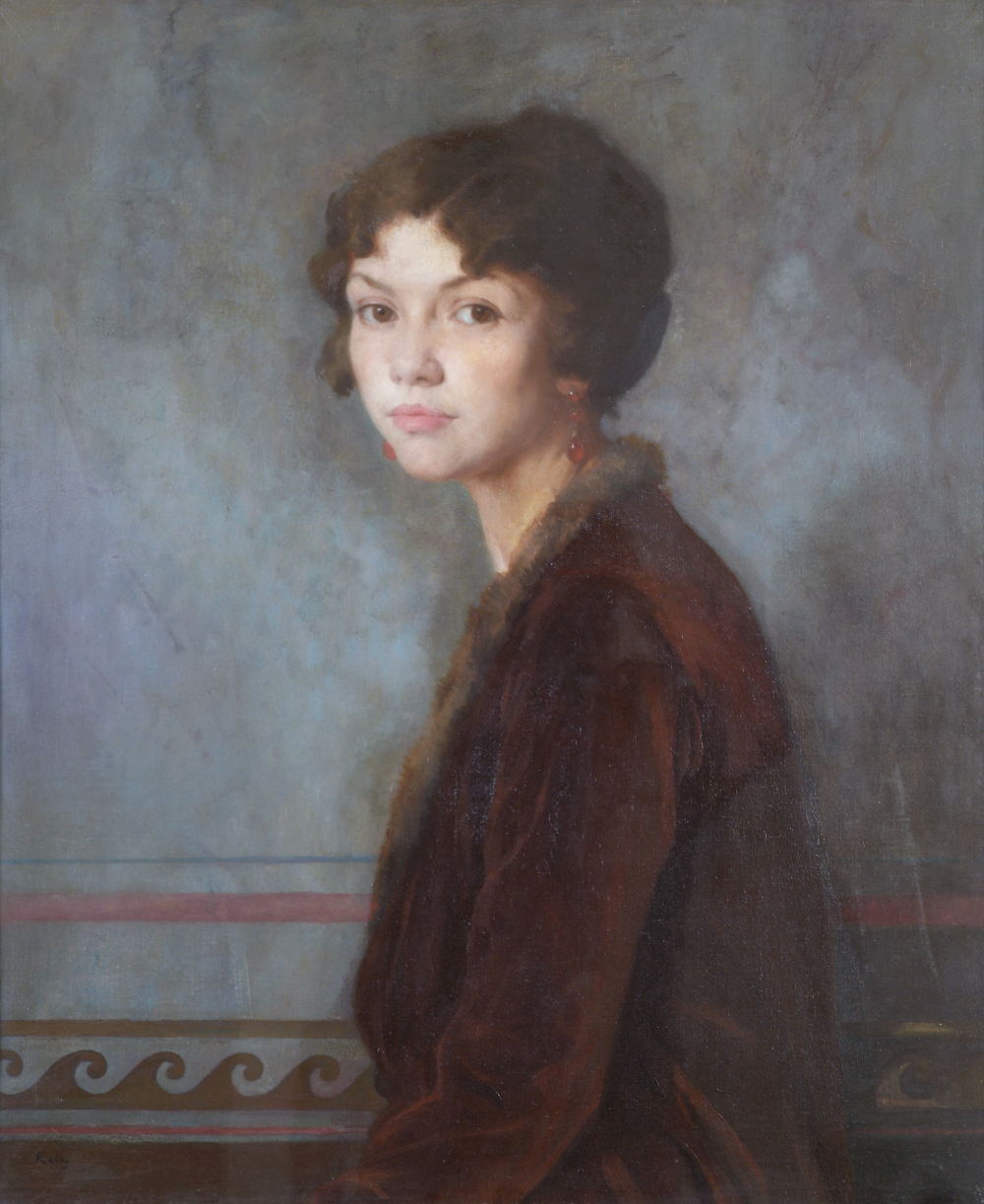 We may be closed at present, but it’s been a busy week behind-the-scenes! We haven’t forgotten about our WORK OF THE WEEK though…

Known as “Sasha”, Alexandra Kropotkin was a writer who translated George Bernard Shaw’s plays into Russian. She also produced English translations of Leo Tolstoy’s War and Peace and Fyodor Dostoyevsky’s Crime and Punishment, and popularised Russian culture in the United States with her cookbook How to Cook and Eat in Russian (1947). In 1951, she was an expert panellist on the popular television series Chronoscope (CBS).

A master portraitist, Kelly captures in his subject’s eyes and returned gaze something of Kropotkin’s fierce intelligence. Set against a neutral grey interior, complete with subtle Greek wave decorative motif, Kropotkin looks over her left shoulder, her hair in the contemporary bob style popularised by actress and dancer Irene Castle (1893-1969).

Born in Bromley, London, “Sasha” was the only child of anarchist and scientist Peter Kropotkin (1842-1921) and lived in Russia during the revolutionary period, 1917-21. Although married to socialist Boris Lebedev, at the time of sitting for this portrait Kropotkin was likely conducting an affair with the British writer (and spy) W. Somerset Maugham, a lifelong friend of the artist. From 1927 onwards, Kropotkin lived in New York.

Fun fact! Committee meeting minutes from 14 February 1925 state: “A design by Miss D. Roberts for a carved frame for the painting Sasha Kropotkin was accepted and the prize of £1.1.0 offered for same was ordered to be paid her.”