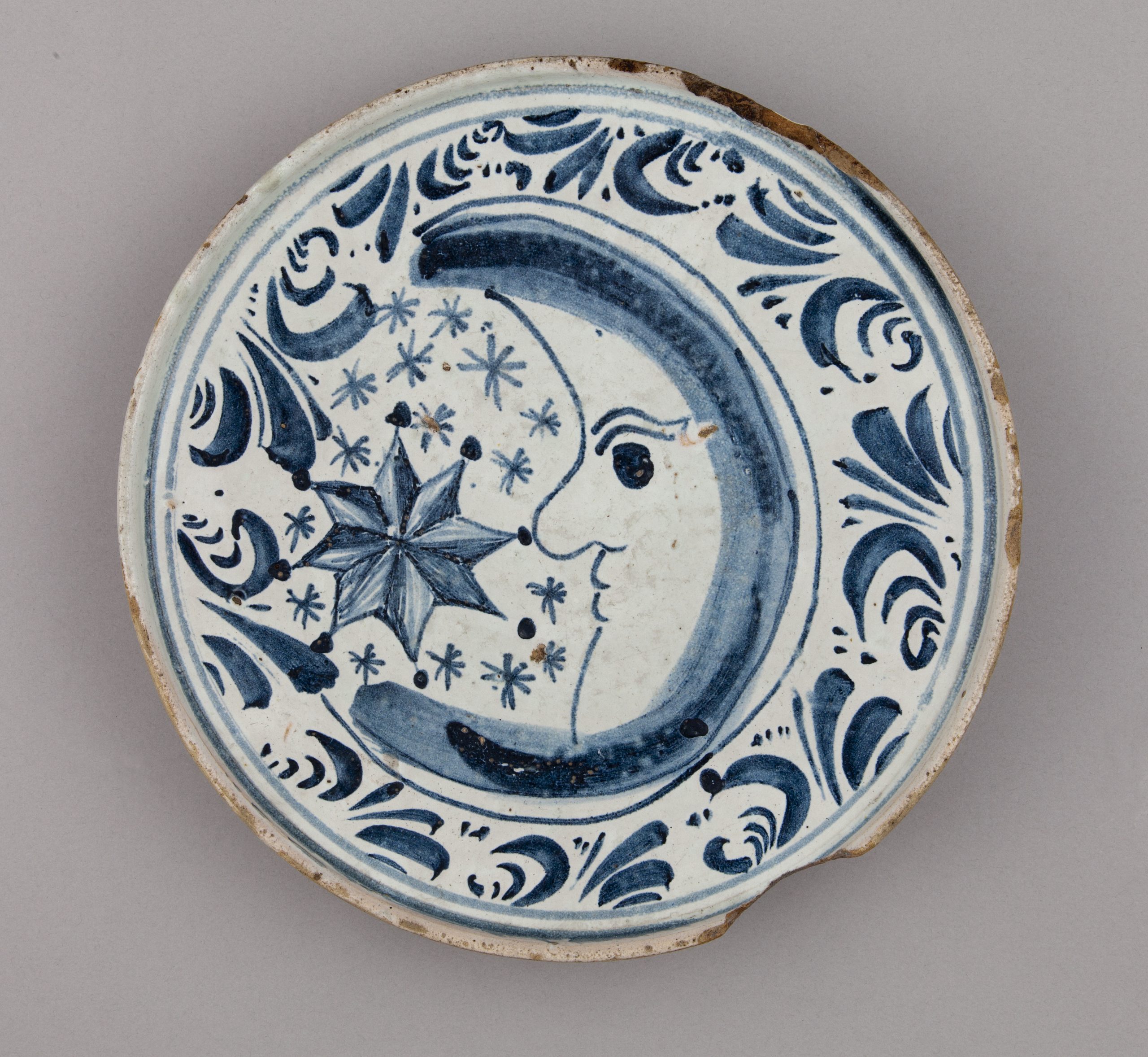 In celebration of the 50th anniversary of the moon landing on 20 July 1969 we’re going a little lunar with this WORK OF THE WEEK!

Right at the heart of the gallery you’ll find a cabinet of curiosities, an elegant display case filled with objects once collected and owned by our benefactor, Joseph Stafford Gibson (1837-1919). Among these are several pieces of faience (or tin-glazed Spanish earthenware), one of which is decorated with a star and crescent motif!

The cobalt-blue design includes an 8-rayed star (or sun), surrounded by 16 smaller stars, shown within the arc of a crescent moon. The motif may have been borrowed from coins minted under the Spanish-born Roman emperor Hadrian, or perhaps from medieval Islamic or Crusade symbolism. Possibly dating to the late 17th or early 18th century, this platter or tazza (shallow wine cup) is likely from Teruel, Spain. In the 1890s and 1900s, Cork-born Gibson frequently visited this province, and particularly the town of Albarracín.

Represented here with a face – or the ‘man in the moon’ – Earth’s only permanent natural satellite has captivated humans for eons, from the goddesses Selene and Luna to H.G. Wells' The Time Machine (1895) to today’s space exploration.

Did you know: Luna 2, an unmanned Soviet spacecraft, completed the first moon landing on 13 September 1959? Just short of a decade later, NASA’s Apollo 11 mission was the first manned moon landing. To date, only 12 people have set foot on the moon’s surface.

Stay tuned all week for more space-themed updates, drop in to see this curious object, or play on our huge SEEN, AND HEARD moon-crater set from Dowtcha Puppets!