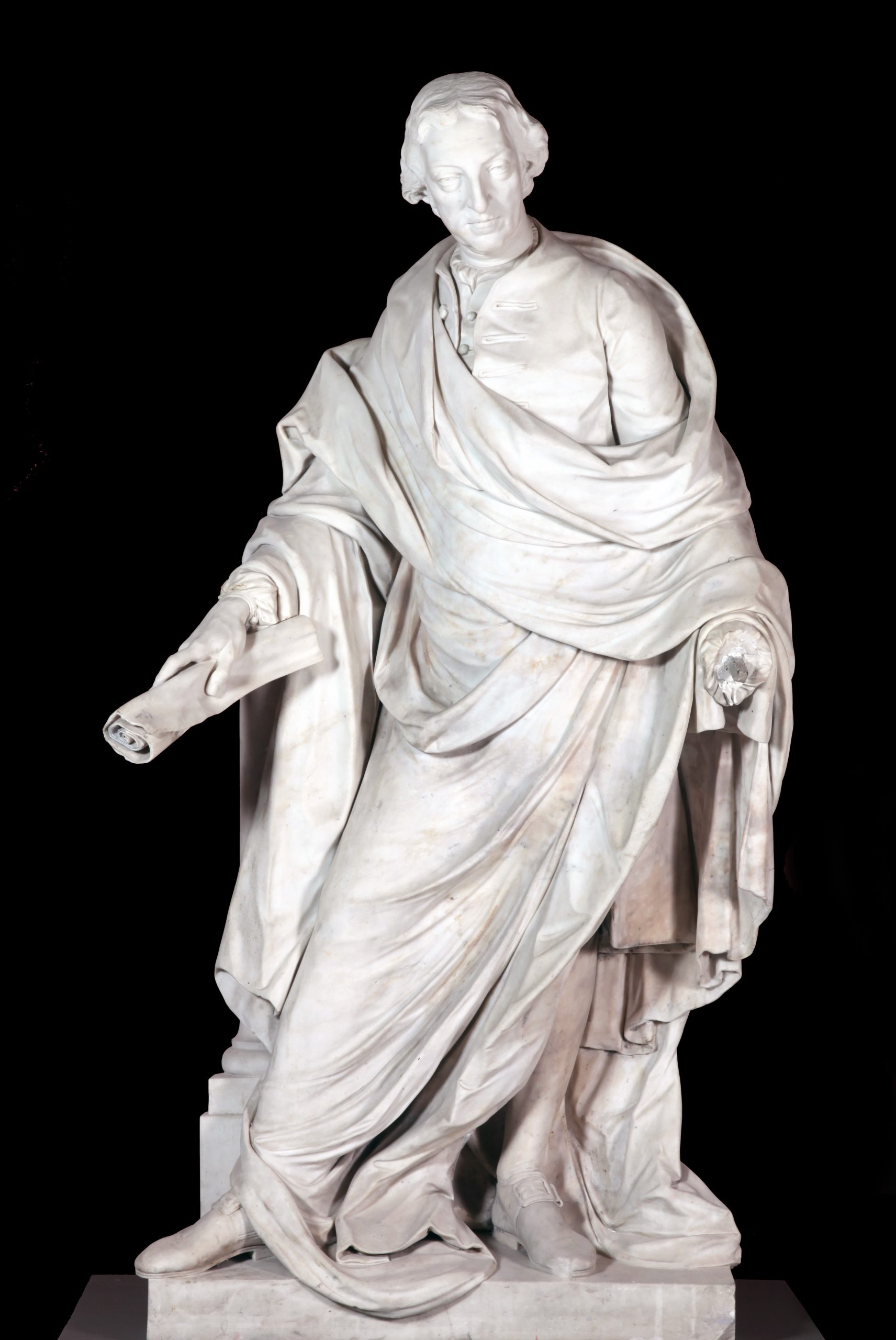 We’re heading all the way back to the eighteenth century for this WORK OF THE WEEK!

At first glance, it may seem odd that a British prime minister features in our collection. We are very fortunate, however, that this statue of William Pitt the Elder was presented to us in 1905 as it is one of only two works by sculptor Joseph Wilton in Ireland.

William Pitt the Elder (1708-1778) was the grandson of Katherine FitzGerald (1660-1725) of Dromana, County Waterford. Educated at Eton, Oxford, and Utrecht, he began his career in the army before entering politics as a Patriot Whig. In 1744, he received a legacy of £10,000 from Sarah Churchill, Dowager Duchess of Marlborough, the one-time favourite of Queen Anne. Despite such support, Pitt spent most of his political career in opposition.

He was, however, variously Vice Treasurer of Ireland (1746), Paymaster-General (1746-55), Leader of the House of Commons during the Seven Years War (1756-63), and briefly Prime Minister of Great Britain (1766-68). His son, William Pitt the Younger, also served as Prime Minister. The US city of Pittsburgh is named in the elder’s honour.

Joseph Wilton (1722-1803) was a founding member of the Royal Academy and official sculptor to King George III. This portrait statue is displayed in our Sculpture Galleries, while the only other work of his in Ireland is the Dartrey Mausoleum (Dawson Memorial) in County Monaghan.