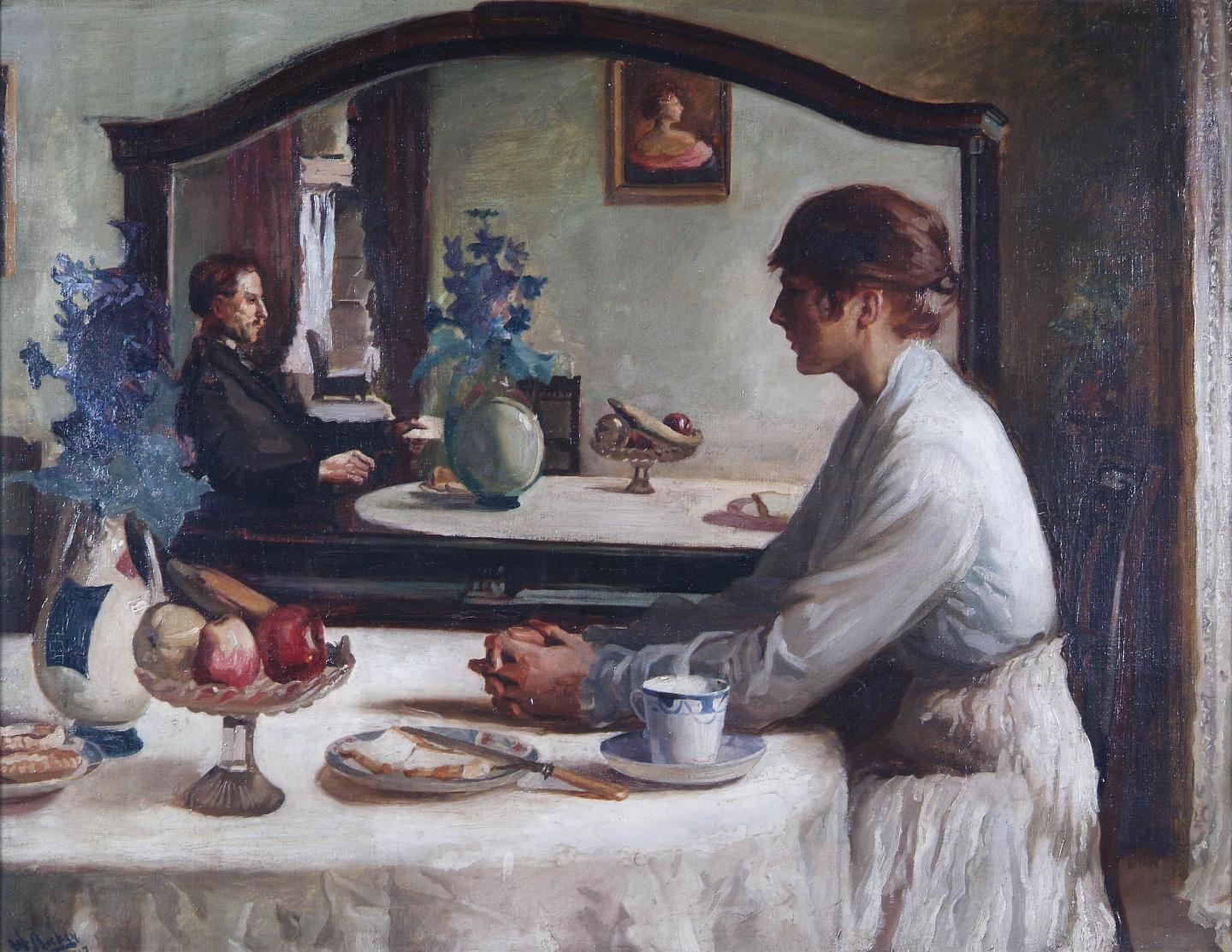 We remember those who served in the world wars with this WORK OF THE WEEK. Painted in 1917, The Consultation by William Sheehan holds a quiet, contemplative power for many visitors; its dynamic composition creating an intriguing, yet uncertain relationship between two seated figures.

Depicting the interior of the artist's family home, his blending of two models - both his sister and the actress Caroline O'Connor - in the tense female figure suggests a less specific, more open meaning to the painting.

Among the numerous interpretations of this work, however, is that the withdrawn male figure imparts news of the death of O'Connor's two brothers, both of whom were killed in the First World War in 1917. The painting, therefore, may represent the impact of war on the home and on those anxiously awaiting the next letter. Sheehan's use of mirrors and still life serves to enhance the suspension of feeling in this moment, while the chair reflected in the background suggests emptiness or loss.

A native of Cork, artist William Sheehan (1894-1923) studied at both the Crawford Municipal School of Art (now CIT Crawford College of Art & Design) and the Dublin Metropolitan School of Art (now National College of Art and Design). In 1923, he became the first recipient of our Gibson Scholarship, which recognised the ‘unusual talent and good habits’ of an artist. At the time, expert advisor George Atkinson (1880-1941) noted that Sheehan was ‘the most talented young man in Ireland, with the exception of [Seán] Keating.’