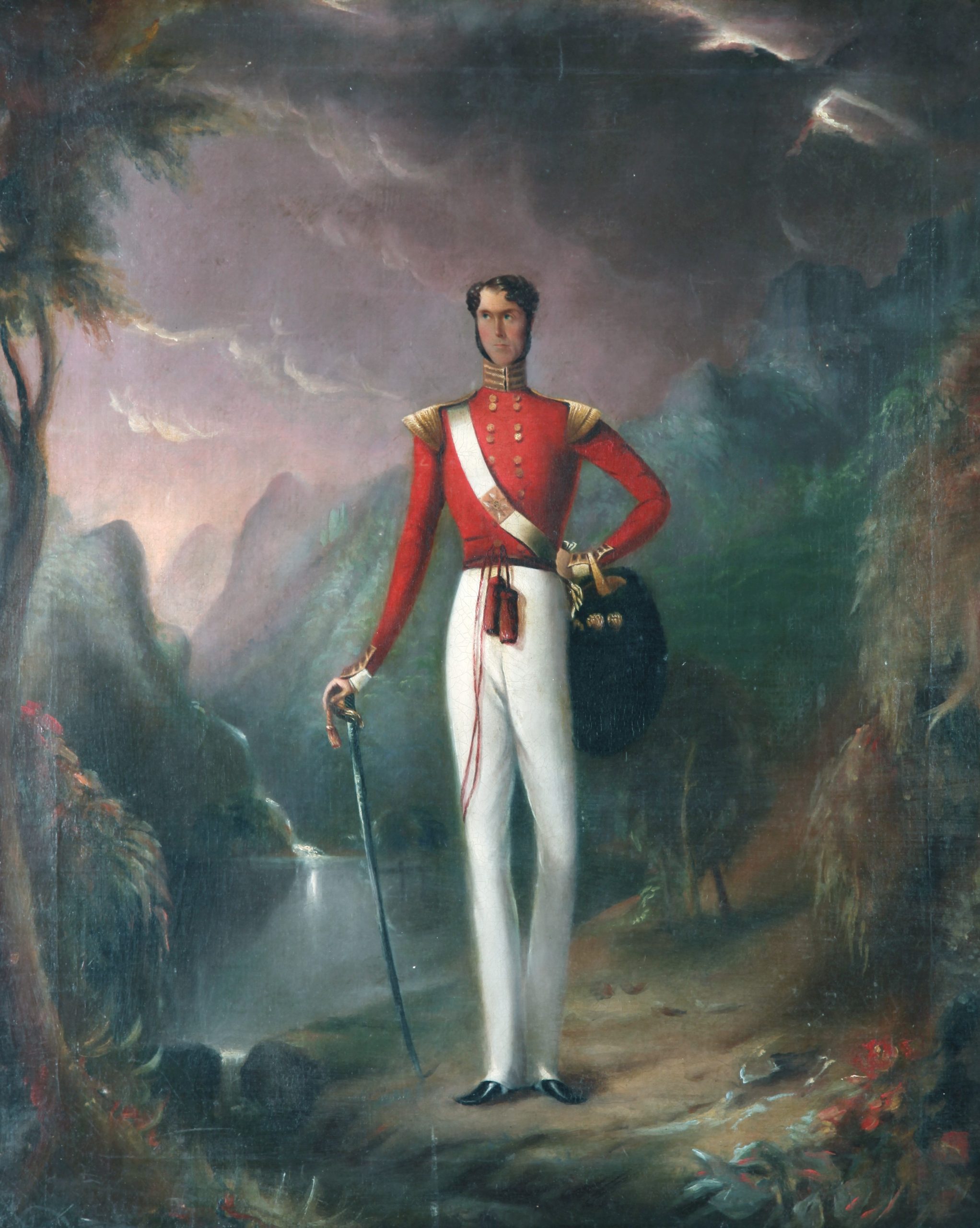 There’s a storm brewing outside ... and in our WORK OF THE WEEK! Attributed to Daniel Macdonald (1821-1853), this is a nineteenth-century portrait of a man with a somewhat difficult history.

John Rowland Smyth (1806-1873) was a graduate of Trinity College Dublin. Serving in the First Anglo-Sikh War, he eventually rose to the rank of Colonel in the British Army. He is likely depicted here against a fanciful view of Sutlej River in Punjab, site of the Battle of Aliwal (1846). He is distinguished in Ireland, however, not for his military career but for having fought one of the last duels in these islands.

Smyth’s challenger was a young barrister, Standish Stamer O’Grady, who objected to his dangerous driving! The year was 1830 and O’Grady fell in their duel at 5am the following day. Smyth and his second, Captain Markham, were duly sentenced for manslaughter and imprisoned at Kilmainham Gaol for one year. In this portrait, Smyth – who had received O’Grady’s forgiveness and was later knighted – stands uncertainly (if cartoonishly) against a stormy sky.