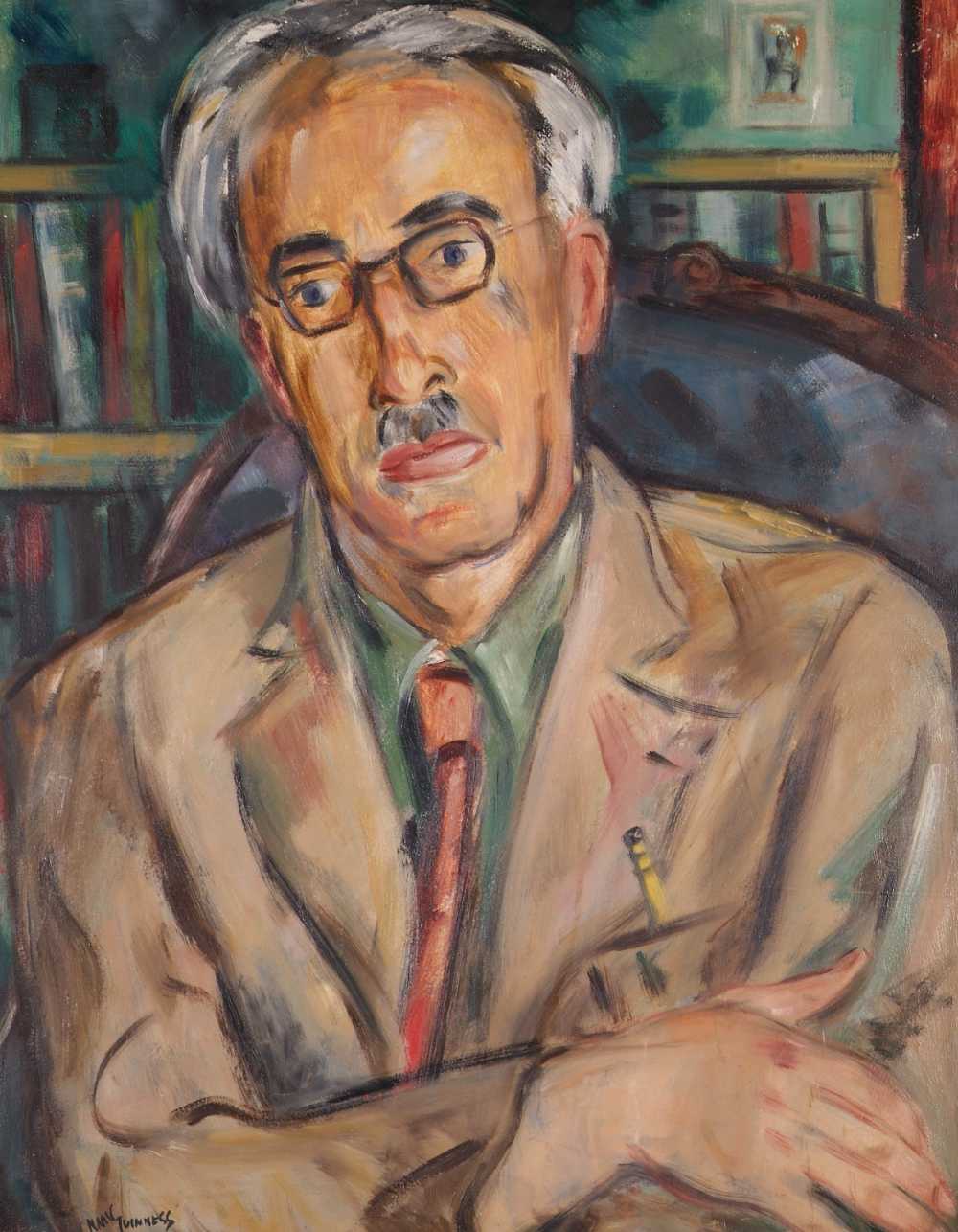 “I was a great believer in hot buttered toast at all hours of the day."

Words of wisdom from Frank O'Connor for this WORK OF THE WEEK!

Frank O'Connor, who died on this day in 1966, is one of Ireland's most celebrated short story writers. This portrait of him by Norah McGuinness (1901-1980) is currently featured in MISE ÉIRE, our exhibition that explores the formation of modern Ireland. Having joined the First Cork Brigade of the Irish Republican Army in 1918, aged just 15, O'Connor was interned by the Irish Free State government during the Irish Civil War (1922-23) along with thousands of other Anti-Treaty forces.

O'Connor, who was born Michael O'Donovan in 1903, would eventually filter some of these experiences into his writing, particularly “Guests of the Nation” (1931). He is also the author of The Big Fellow (1937), his biography of Michael Collins, and My Oedipus Complex.