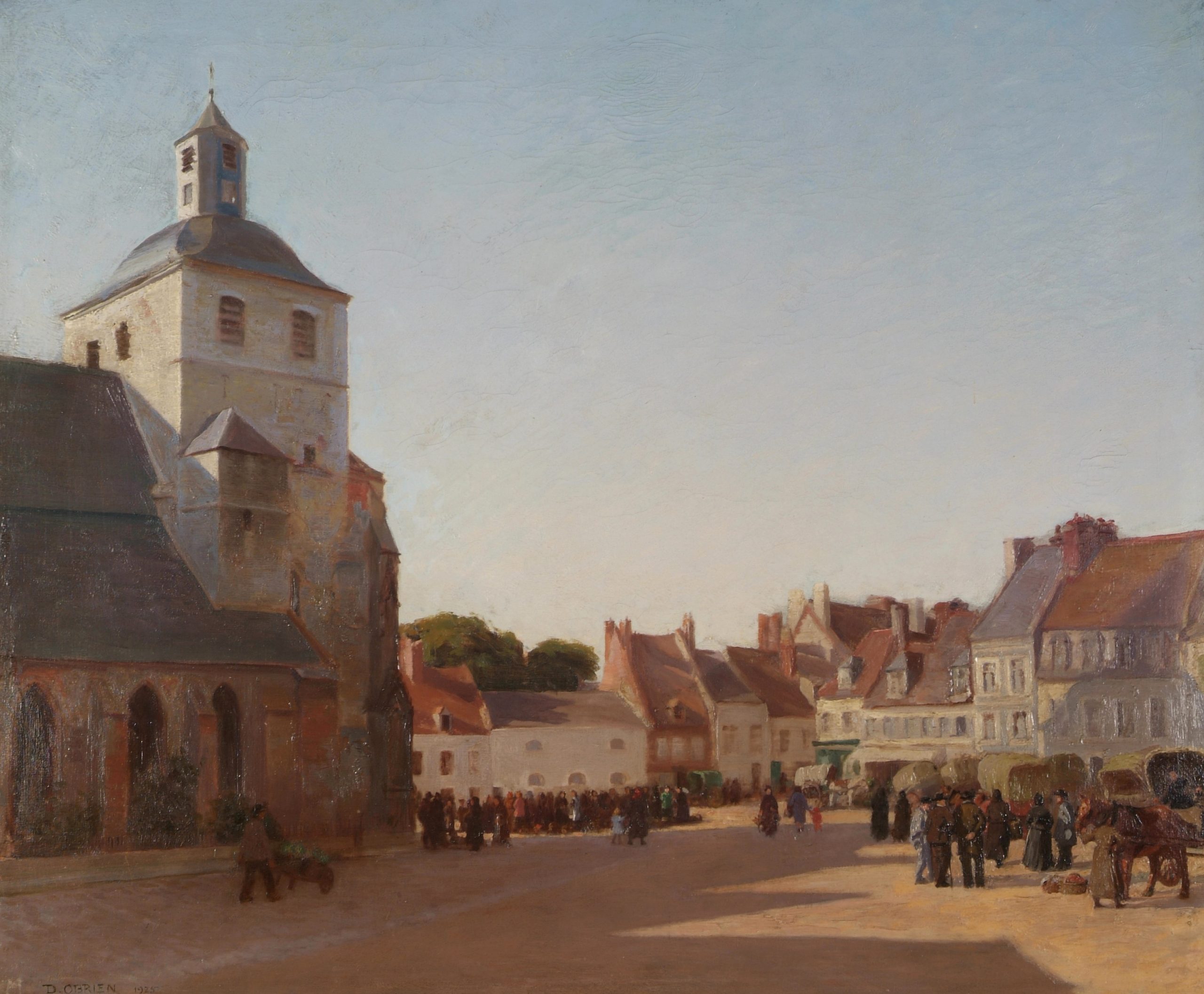 Irish artist Dermod O'Brien was born near Foynes, County Limerick on this day in 1865, so this WORK OF THE WEEK is all about him!

Raised by his author-activist aunt, Charlotte Grace O’Brien, the artist was a grandson of Irish nationalist – and Young Ireland leader – William Smith O’Brien. Educated at Harrow and Cambridge, in the 1880s he studied painting at Paris and Antwerp, where Walter Osborne was a fellow student, and only relocated to Dublin in 1901. He was president of the Royal Hibernian Academy for 35 years, from 1910 until his death in 1945. His sister Nelly, daughter Brigid Ganly, and daughter-in-law Kitty Wilmer O’Brien were also artists.

In 1922, and as president of the Royal Hibernian Academy, Dermod O'Brien (1865-1945) was enlisted as an expert advisor to our Gibson Bequest committee. Among his duties were to report on suitable works for acquisition, as in 1925 when he was instructed to visit the Royal Academy and Royal Scottish Academy exhibitions.

During his tenure as expert advisor, O’Brien was to recommend numerous key works now in our collection – including Men of the South (1921-22) by Seán Keating and Off the Donegal Coast (1922) by Jack B. Yeats – but argued against purchase of The Man of the Crowd (1923) by Harry Clarke. That being said, his recommendation to acquire Oliver Sheppard’s The Death of Cúchulainn (1911-12) for £500 was rejected by the committee.

His realist painting Place de l'Eglise, Montreuil (1925) depicts one of the main squares of Montreuil-sur-Mer, near Calais. Exhibited at Mill’s Hall, it was recommended for purchase for 50 guineas in November 1926 by George Atkinson, expert advisor and headmaster of the Dublin Metropolitan School of Art (now the National College of Art and Design).