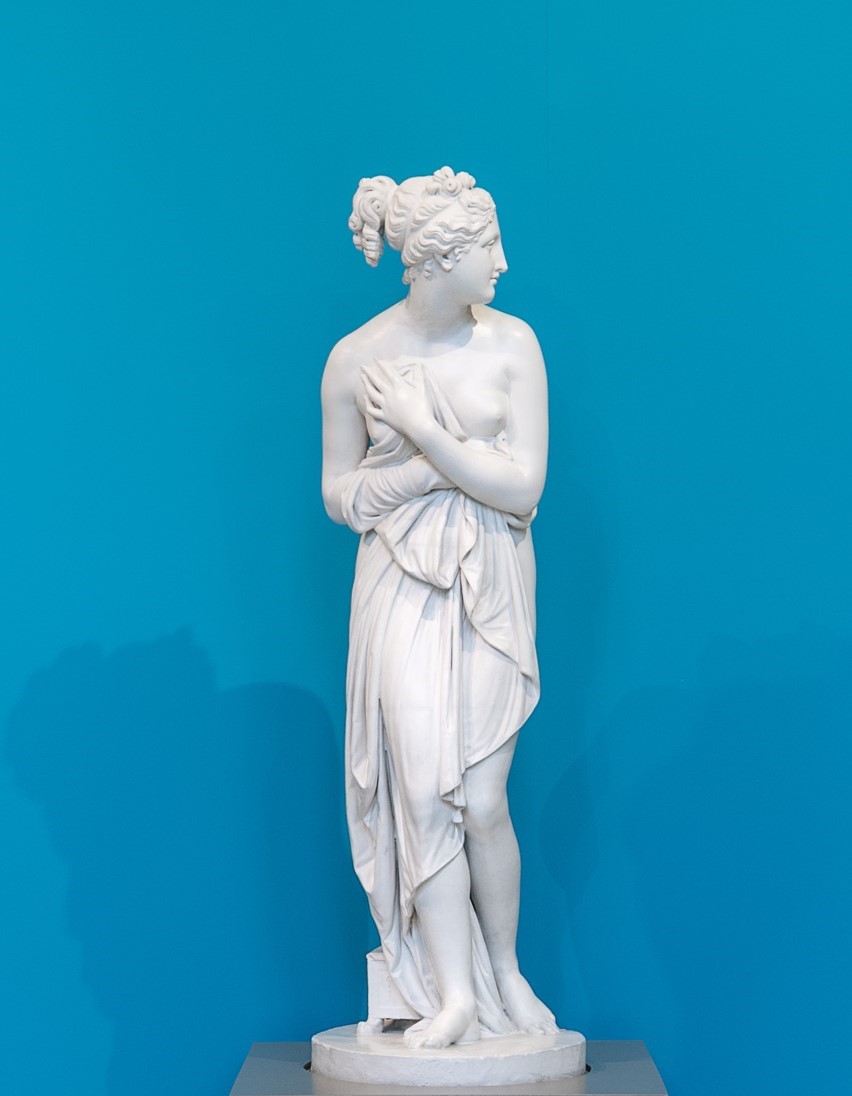 We’re going right back to our beginnings with this WORK OF THE WEEK!

Bathing Venus (c.1816) arrived in Cork by the first week of November 1818 and, with the other Canova Casts, formed the basis for our collection. It is the work of Antonio Canova, who was born on this day in 1757 at Possagno in the Venetian Republic (Italy).

An early gallery label for this work in plaster reads: “Venus Leaving the Bath by the Marquis Canova, Pitti Palace, Florence.” The artist’s original marble sculpture was made as a replacement for the ancient Medici Venus which had been seized by the French in 1803.

Dating to 1811, Canova’s Bathing Venus (or Venus Italica) is a slenderer form and embodies his sculptural approach: “I have read that the ancients, when they had produced a sound, used to modulate it, heightening and lowering its pitch without departing from the rules of harmony. So must the artist do in working at the nude.”

Of this sculpture, which depicts the Roman goddess of love and beauty, poet Ugo Foscolo (1778-1827) wrote: “I sighed with a thousand desires, for really, if the Medici Venus is a most beautiful goddess, this is a most beautiful woman.” Such was its popularity that Canova and his assistants made numerous other versions.

Antonio Canova (1757-1822) was among the most celebrated Neoclassical sculptors of his day. His works range from mythological subjects to contemporary portraiture, while his patrons included Pope Pius VII and Napoleon Bonaparte. In 1836, the building of a gypsotheca (collection of plasters) was completed in his native Possagno, where today the Museo Canova can be visited. Next year is the artist’s bicentenary.