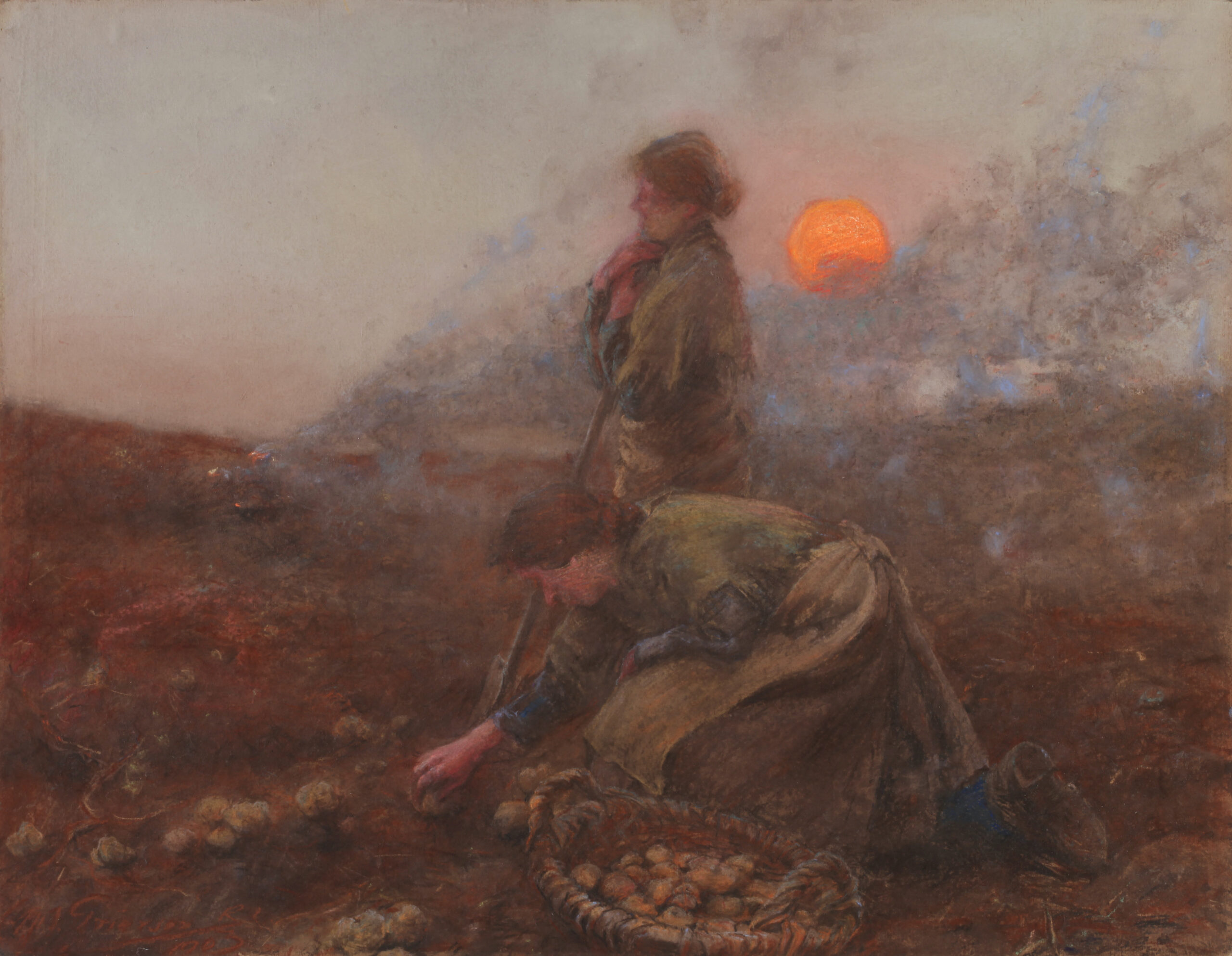 Potato Diggers in the West (1903) by Charles MacIver Grierson is highly atmospheric works in pastels that beautifully captures the late autumn light.

Depicting two women engaged in potato-digging, one stooping to gather the crop while the other leans on her spade. The artist’s palette is almost entirely in earth tones of brown and green, except for an intense disc of orange representing the setting sun as blue-grey smoke drifts across the composition.

The scene was likely painted in Sligo where Grierson was to meet his wife, Ethel Davys. It was exhibited in 1904 at the Royal Academy, London during which time he lived at John Street, Sligo.

Charles MacIver Grierson (1864-1939) was born in Queenstown (now Cobh), County Cork where his father was manager at the Cunard Steamship Company. He studied at the then Cork School of Art, when it was located in the gallery building, and subsequently at Westminster School of Art, before embarking on a career as a watercolourist. A member of the Royal Society of Painters in Water Colours and The Pastel Society, he also exhibited at the Royal Hibernian Academy.

Potato Diggers in the West (1903) by Charles MacIver Grierson is featured in MEAT AND POTATOES until 6 November.

SAVE THE DATE: Join us this Halloween (Monday 31 October) for a hands-on SAMHAIN event with food and culinary historian Regina Sexton and folklorist Dr Jenny Butler as we dig spuds, cook up a batch of colcannon, and discover traditional dishes!