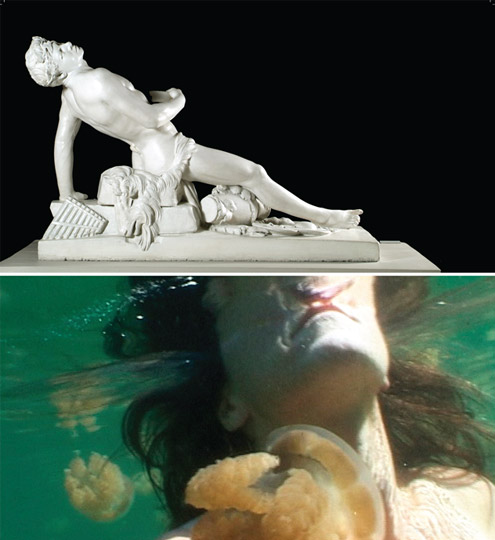 Drawing on the significance and quality of the Crawford Art Gallery’s permanent collection, Three Centuries of Irish Art showcases the work of artists from the nineteenth, twentieth, and twenty-first centuries.

From the early architectural sketchbook of John Hogan (1800-58) to contemporary pieces by Hughie O’Donoghue (b.1953) and Elizabeth Magill (b.1959), this exhibition tells the story of the Crawford Art Gallery’s own collection as much as it does that of Irish art since 1800. Commencing with a spotlight on the output and impact of the Crawford School of Art during the nineteenth century, a series of themes emerge which range from the academic and figurative to more general concepts of memory and identity. As such, the exhibition at once offers an unconventional viewing experience and gives the viewer a unique opportunity to consider the development of a recognisable Irish ‘school’ of art.

In an essay from 1843, Thomas Davis called for a new focus in Irish art and for Irish artists to embrace national subjects. It is only through this, Davis felt, that a sense of national pride and national identity could truly be achieved. While not necessarily following Davis’ lead, in their own individual ways the artists represented in this exhibition meditate on Irish subjects through multiple genres, media, styles and viewpoints. Thus, works not typically displayed together are here presented as a cross-section of Irish art of the past three centuries.

Works by Jack B. Yeats (1871-1957), James Humbert Craig (1877-1944), and Gerard Dillon (1930-71), for instance, place the Irish landscape, labour and social rituals at the heart of their compositions, while Seán Keating (1889-1977) and Muriel Brandt (1909-81) are more specific in their meditations on the fight for Irish independence and its effects.  The uncertainties of this revolutionary spirit are prophesied in a piece by William Orpen (1878-1931), while later works by Robert Ballagh (b.1943) and Brian Maguire (b.1951) consider the continued repercussions of violence and conflict on the island in similar universal terms. And while in Evergreen Memories Willie Doherty (b.1959) sums up the tension between national emblems and nationalist thought, Mainie Jellett (1897-1944) and Sean Scully (b.1945) embrace international stylistic approaches to challenge traditional modes of representation.

Encircling the early academic basis for Irish art, this exhibition highlights the nuance and diversity of approach generations of Irish artists have taken to their respective subjects, both familiar and unfamiliar, while also challenging accepted modes of representation. Three Centuries of Irish Art thus represents a form of cultural memory, not only through individual artistic works but collectively as a repository that procures for Ireland, as Davis might say, ‘a recognised National Art.’