The Eye of the Artist 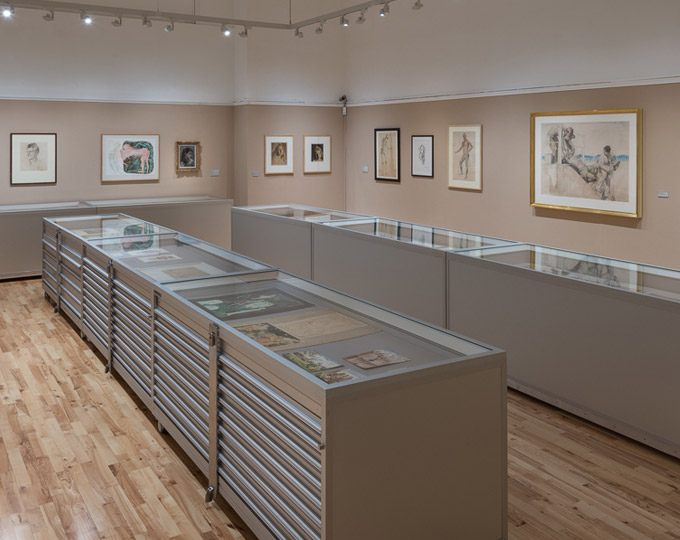 Drawn from the Crawford Gallery's permanent collection, "The Eye of the Artist" gives an insight into how artists represent the world around them. Most of the works are watercolours or drawings, although there are also two photographs by the pioneering photographer Julia Margaret Cameron (1815-1879).

Over the centuries, through the study of anatomy, architecture, literature and other disciplines, artists learned how to employ different techniques to realise imaginative concepts. The inclusion of Cameron is significant, as it shows how representation is either bound by, or breaks free from, such visual codes built up over centuries. Although made using the camera, her photographs are informed by the same aesthetics that also guided painters such as Delacroix (1798- 1863) or Gustave Moreau (1826-1898).

While many of the artists were professionals, who made their living from exhibiting or teaching, some of the most interesting work in "The Eye of the Artist" was done by dedicated amateurs, notably Joseph Stafford Gibson (1837-1919) whose views of Spanish and French landscapes and towns show a very individual approach.