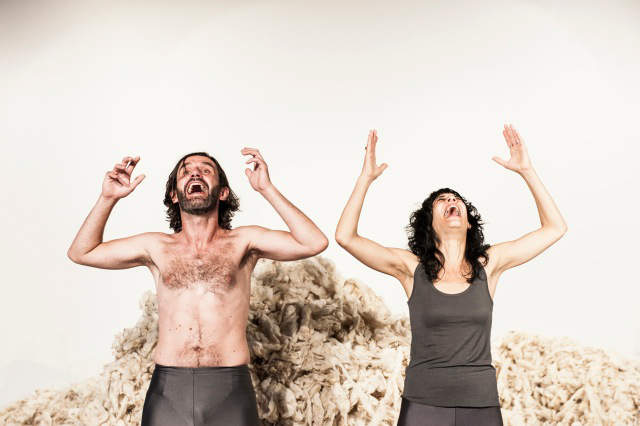 Shaved Rapunzel, Scheherazade and the Shearling Ram from Arcady

Shaved Rapunzel, Scheherazade and the Shearling Ram from Arcadyis a new publication by visual artist Orla Barry that collects her performance texts and written works. The book follows the seasons of a sheep year in south-east Ireland, where Barry runs a flock of pedigree Lleyn sheep. While embedded in the reality of this situation, the book is a fictional and humorous series of short stories that recounts the artist’s tenuous and symbolic interactions with different characters and animals from her unique circumstances.

Deeply rooted in a form of artistic ‘barefoot anthropology’*, Shaved Rapunzel, Scheherazade and the Shearling Ram from Arcady reflects on the culture of disconnection from the natural environment and on the boundaries within art, gender, and the rural everyday. It recounts the personal experiences of the artist, who has left the city and returned to her pastoral roots to be reborn as a hybrid: a farmer-artist.

This collection approaches language as a malleable material, taking its form from the idiosyncrasies of the rehearsal room. This strong aspect of orality is always at the fore in Orla Barry’s work and, as a result, this is not only a book: it is a performance. All of the writing comes from physical action of one kind or another. Like much of the artist’s work, it is motivated by doing — literally research in the ‘field’. For Barry, the combination of culture and agriculture is an ongoing activity that creates the distinctive vocabulary, tone and formal shape-making in her work.

The book contains the texts from two of Orla Barry’s major performance works, Breaking Rainbows (2016) and SPIN, SPIN, SCHEHERAZADE (2019) and the Meanest of the Flock, An Abcdery of Sheep by Lisa Godson. Design by LuteceMauger(FR).