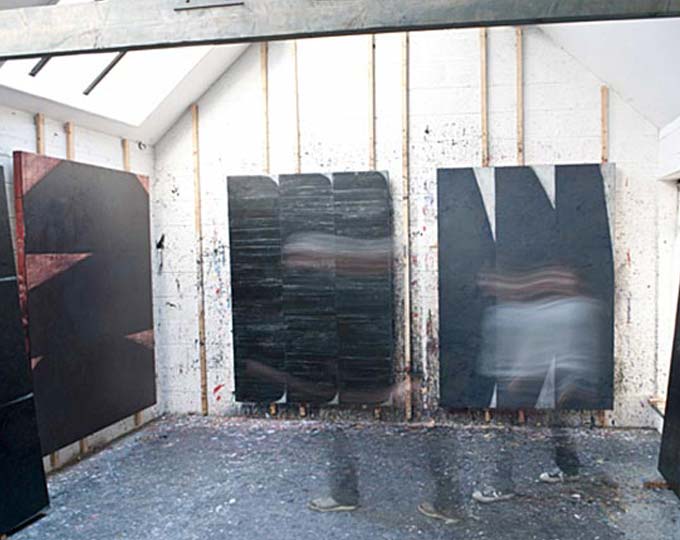 Having spent his formative years in Meath, Charles Tyrrell has lived and worked in the Beara Peninsula for nearly twenty years and this new body of work celebrates the artist's strong connections with Meath and Cork.

Patrick Murphy has commented that for nearly 30 years now, critics have from time to time sought, without success, to root Tyrrell's abstraction into his West Cork landscape. At times, Tyrrell seems to admit some oblique reference but then squeezes out any iota of that possibility. If this present suite of paintings has any such reference it is not to the topographical but the tectonic [1].

Tyrrell's abstract canvases juxtapose meditative qualities alongside a darker underbelly in which the layers of paint, often scraped back and reapplied, invites yet rebuffs, the viewer from gaining evidence of what lies beneath. Each work that Tyrrell creates organically from his previous canvas engenders a narrative or conversation between the compositions. Shown together at the Crawford Art Gallery, they illustrate the fact that his paintings have got ever more simple and rigorous, and within this defined arena his painting has got more complex and capable of embracing fact and metaphor with equal passion[2].