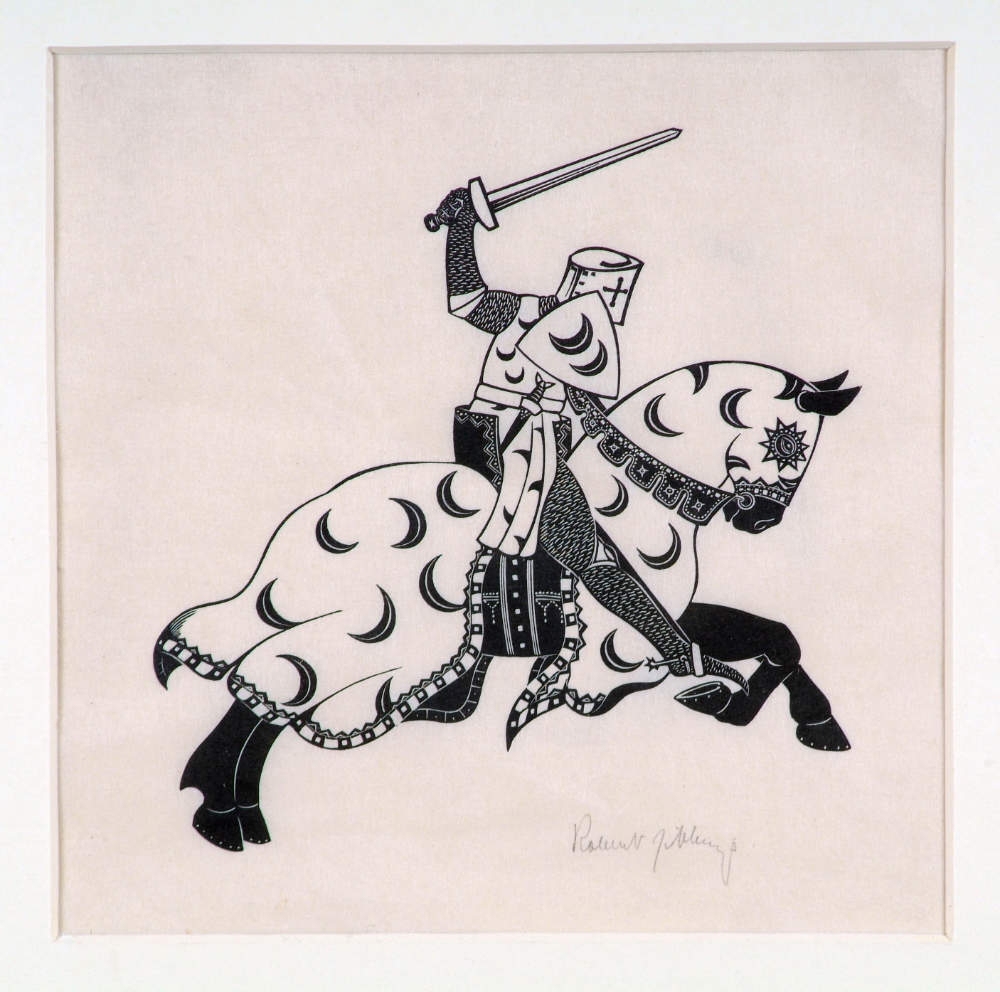 Here we have a print from a wood engraving by Robert Gibbings. This is an illustration for the book called Le Morte D’Arthur by Thomas Malory which translates as The Death of Arthur.

Do the knight theme and the name Arthur ring any bells for you?

The table was round so that everyone sitting at it could see the others, making it a trusting circle of friends.

The Legend of King Arthur

When Arthur was born, he was taken to be raised by a wizard named Merlin. This wizard designed a round table for Arthur where over 100 knights could be seated. Arthur's father was meant to sit at the head of the table, but when he died no one knew who should take his place.

Merlin declared that there was a sword called Excalibur stuck inside a stone. Whoever was strong enough to get the sword out of the stone would be the one to sit at the head of the table. Take a guess at who managed this feat? Yes, that’s right - Arthur!

Lady of the Lake

In the myth of King Arthur, there was a mysterious lady who appeared. Her role changes in different versions of the story, but she was believed to have control of the sword. When Arthur saw Excalibur, he asked the lady if he could have the sword. She granted him permission, and Arthur was set to become king. He built a giant castle, called Camelot, and he gained control over a large part of Europe.

Cuchúlainn and his teacher, Scathach

Perhaps you are more familiar with the Irish champion Cúchulainn? The Irish hero was taught in Scotland by a very skilful warrior called Scathach.

Shadowy Scathach was the greatest trainer of warriors. She lived on the Island of Skye, later named for her, and was a renowned fighter of fearsome skill.

Just like the sword Excalibur given to Arthur by the Lady of the Lake, Scathach presented Cúchalainn with a mighty spear called the Gae Bolga. This was a very treacherous spear which separated into barbs when it entered human flesh and its first strike was always fatal.

A warrior is born

Now to make an Excalibur of our own. You will need: