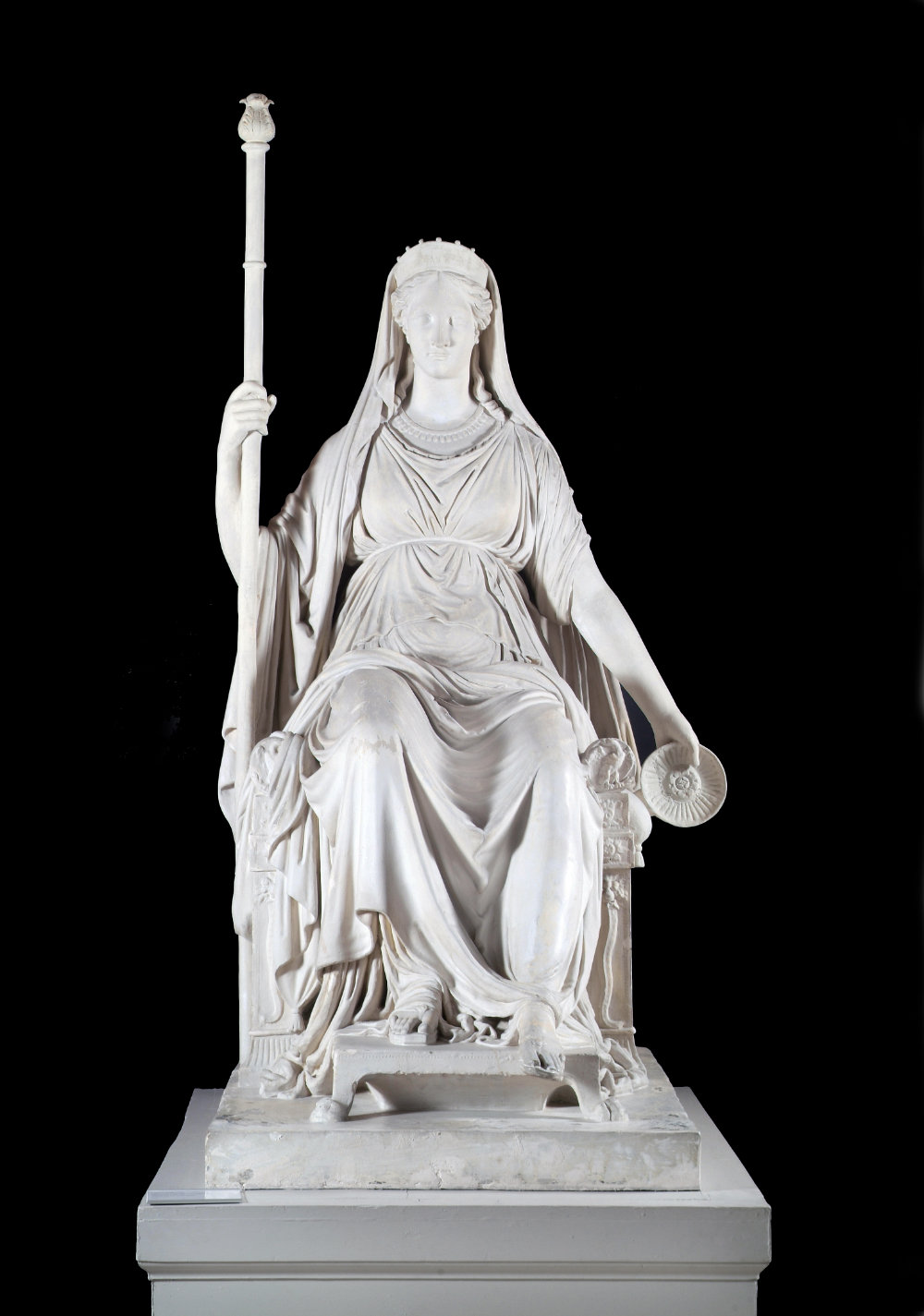 This is a sculpture from the Canova cast room, by artist Antonio Canova around the year 1816. The woman seated is the Goddess Concordia. Concordia is the Goddess of agreement or harmony.

Ancient Romans worshipped a wide variety of gods and goddesses. They had many deities (gods) for different things. For example, Mars was the god of war and the Roman military. He was the son of Juno, the goddess of woman and fertility.

The Ancient Romans had gods for just about everything. They believed that different powers were watching over different areas of their lives and they wanted to keep them happy. Their religion borrowed a lot from the Ancient Greek religion and so many of their gods have a Greek twin.

Let’s see if you know any of these Roman gods. Many cartoons and films have characters and storylines from Ancient Rome, which might help you if you’re stuck. Hercules and The Little Mermaid are two examples. Maybe someone at home will know a few too!

As well as gods and goddesses, many mythical creatures appeared in Ancient Greek and Roman fables. Here are some common beasts found in mosaics, pottery, statues and frescoes around Rome:

Griffins - creatures with the body, tail and legs of a lion and the head and wings of a eagle

The Greeks and Romans had many deities, but they probably didn’t have one for noodles or hover boards. If you could create a god or goddess for something, what would that be?

Canova’s statue of Concordia is holding things that helps us identify her. She has a staff, a dish and a tiara.

When making your deity you need to consider their most remarkable traits. How will you help people recognise your god or goddess? Think of clothing they could be wearing or objects they could have in their hands and on their heads.

Can you guess what this guy is the god of? Hint: He’d be good friends with the God of Fish.