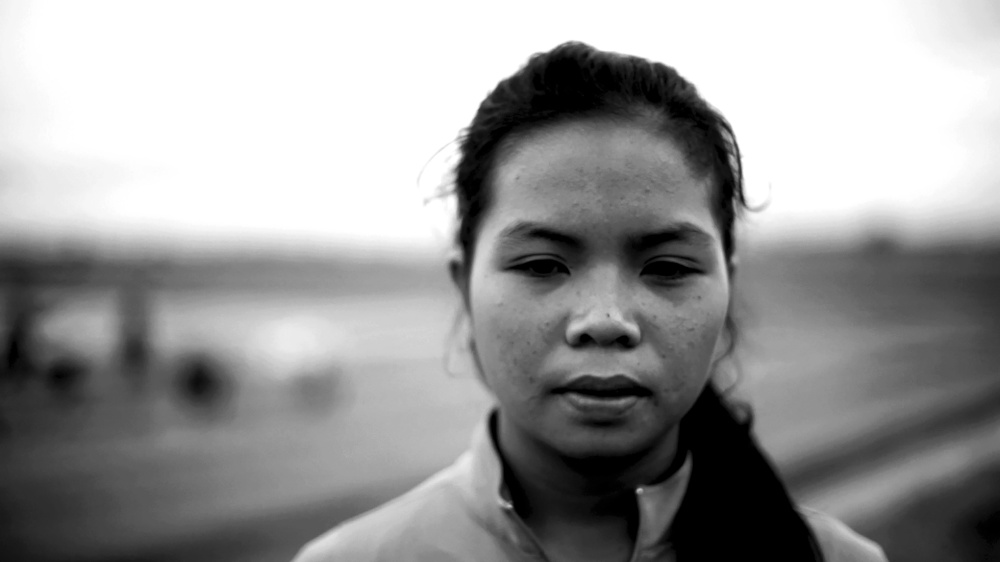 Selected by Museum of Contemporary Art and Design (MCAD), Manila

Mag-uuma (Farmer) features a young female dissenter from Mindanao whose performance during a peasant demonstration caught the attention of filmmaker and visual artist Kiri Dalena.

After agreeing to document the song she sang during the rally, Dalena filmed the young woman in the middle of a rice field while farmers submerged in knee-deep paddies continued to plant.

However, the young woman performed another song, compelling those around her to take pause and listen. This song of protest which she sings in the video is an old ballad learned from her mother, its verses speaking of a history of exploitation and poverty, circumstances that continue to cast a shadow on their community and personal lives.

Where are you from and how did you become interested in moving image work?
I am based in Metro Manila now, but for some time I have been based outside of the city. I first became interested in moving image work when I was still a student in the University of the Philippines in Los Baños and I was slowly finding my way into the larger world. With the camera, I did not feel lost and felt that I had a center when I was framing and recording what was happening around me.

What inspired/influenced you to make the work?
I have worked as a human rights volunteer, and what is normally expected of me in peasant communities is to document incidents of human rights abuses. These are often in the form of interviews and testimonies about specific incidents, quantifiable and useful in paralegal work. Songs such as Mag-uuma do not serve this same purpose, but I am inspired to make them because they can hold something more, they can awaken something that I thought was impossible or rather, intangible, like hope.

What are you working on at the moment?
I am a resident artist for a museum project on American Colonial photography. The work is online and process is online so I am adjusting to the remote and the non-tactile format. I am also invited to work on a video about “empathy.” I am also active in the human rights movement here in the Philippines. I contribute for video, photography, research and recently even making pins. That one is a lot of work, especially now, with our present government.