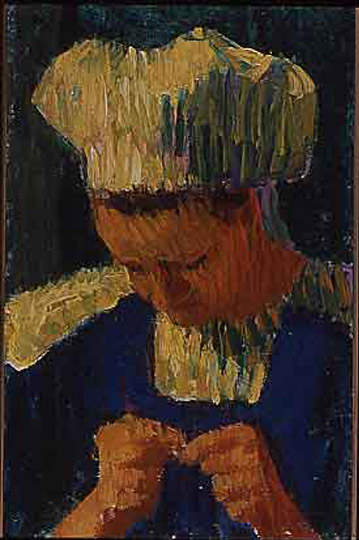 Following the immensely popular 'Peintres irlandais en Bretagne' exhibition at the museum of Pont-Aven in 1999, the exhibition 'Irish Painters in Brittany' will be shown at the Crawford Municipal Art Gallery between May 14th and July 7th 2001.

At the turn of the twentieth century, Brittany and particularly Pont-Aven, became a chosen place for many artists during the summer months. Among the artists of various nationalities the Irish occupied an important place. Their predilected subjects tended to be Breton people and their everyday life.

The exhibition, curated by Dr Julian Campbell includes pictures of Breton subjects by painters as diverse as Helen Trevor, Roderic O'Conor, William Scott, May Guinness, Aloysius O'Kelly and Samuel Taylor etc. Some of the paintings have never been exhibited in Ireland before.