Inside / Out - Brian Maguire 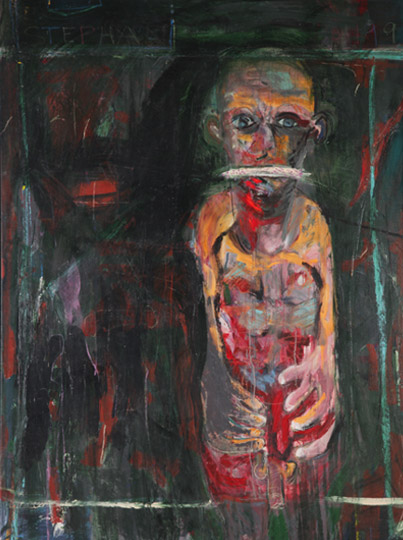 The touring exhibition Inside / Out comes to Cork after its opening at the Hugh Lane Municipal Gallery in Dublin, and a subsequent showing at Houston's Contemporary Arts Museum. The work covers ten years of Maguire's career, and during this period he worked in a number of residencies at prisons and other institutions. He represented Ireland at the 1998 Sao Paolo Bienal.

These works are characterised by primitive imagery and raw gestural freedom, relating to neo-Expressionism. Using a variety of two-dimensional media, Brian Maguire considers the contemporary spectres of isolation and voicelessness, recalling Munch, Beuys, and Bacon.

Born in Dublin in 1951, Brian Maguire graduated from the National College of Art and Design in 1975. He has exhibited extensively in Ireland, Europe and the U.S.A. and was recently appointed Head of Fine Art at N.C.A.D. in Dublin. Among the many collections, public and private, in which he is represented are those of the Crawford Minicipal Gallery in Cork, the Hugh Lane Municipal Gallery in Dublin, the Irish Museum of Modern Art, the Alvar Alto Museum in Finland, and the Gemeente Museum in the Hague.