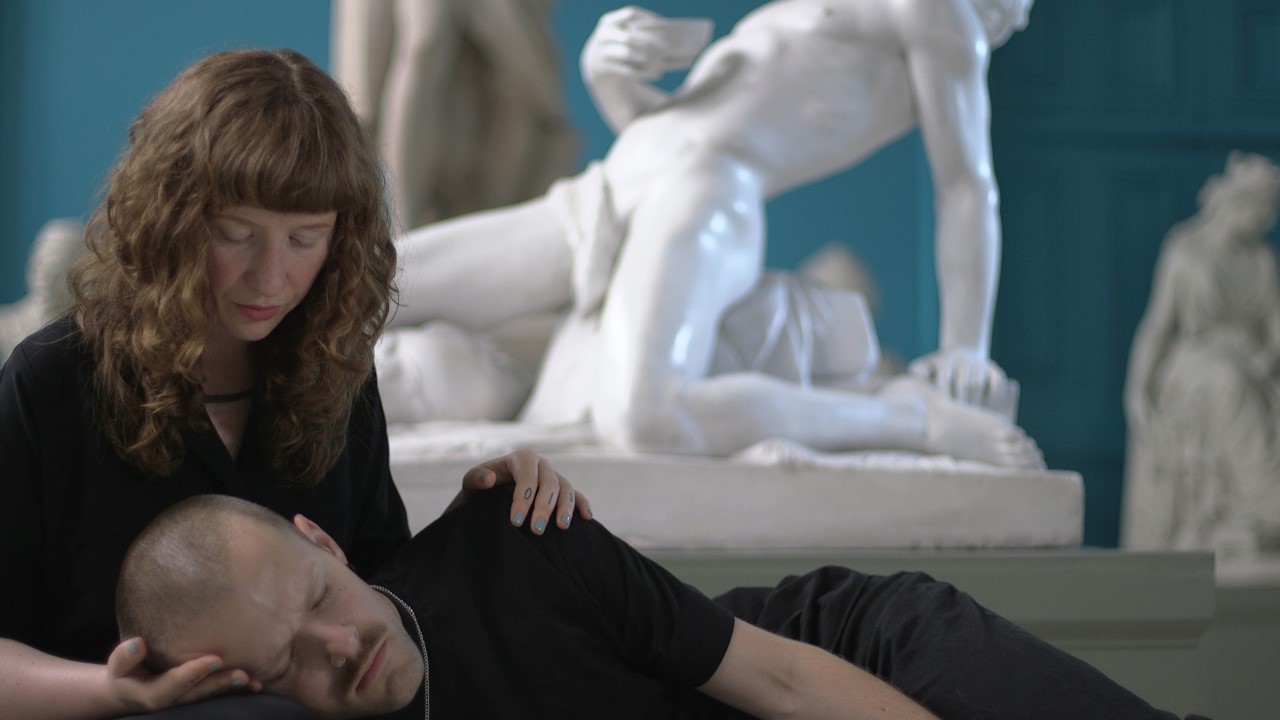 Shot in part at Crawford Art Gallery, Expulsion is a 30 minute film written and directed by Kevin Gaffney.  The Film moves between a fictional Queer State, archival footage of queer activists, a guided meditation to expunge internalised homophobia/transphobia, and nocturnal rituals. As the ideals of queerness in the state are confronted with the respectability politics of homonormativity and capitalism, the viewer is asked to reconsider each characters’ motivations as they progress through ethically ambiguous scenes. ‘Expulsion’ incorporates archival footage of Joan Jett Blakk, the drag persona of Terence Smith, who ran for mayor of Chicago in 1991 and for president in the USA in 1992 on the ticket of the Queer Nation party.

Another 3 minute video work, Retelling: Dr. James Miranda Barry and John Joseph Danson, made in conjunction with Expulsion and filmed on location in the Crawford Art Gallery in response to the museum’s collection also premieres in the exhibition.

James Barry (1741 – 1806) was an artist born in Cork, the sale of some of his paintings supported the studies of James Barry’s nephew, Dr James Barry. Dr James Barry went on to become a surgeon and the fourth doctor to successfully accomplish a C-section with both the mother and child surviving. (Haefele-Thomas, 2019). About Dr James Barry, Kevin says: “He is written about as if he was a woman who masqueraded as a man in order to achieve an education and career that was not accessible for women at the time. However, being inaccurately hailed as “Britain’s first female physician” ignores his transgender identity. Instead, he was the first trans physician.”

The exhibition also features Far from the Reach of the Sun – a film set in a near-future where a government-approved drug can alter your sexuality; reflecting on links between gay conversion therapy, the role of organized religion in Western society and internalized homophobia and Dusting – in which a monotonous domestic task, becomes the basis of a grotesque display of desire as the character licks years of dust and dirt off the windows of an abandoned building.

“As a natural storyteller, albeit with surreal leanings, Gaffney leaves the viewer with little sense of whether they are witnessing a dystopian or utopian view of the past, present or indeed the future.” Kathleen Soriano, in the exhibition text for Unseen by My Open Eye, 2017

More about the artist

Kevin Gaffney is an artist filmmaker based in Belfast. He graduated from the Royal College of Art in 2011 with an MA Photography and Moving Image, and was awarded the first Sky Academy Arts Scholarship for an Irish artist in 2015. His work is part of the Irish Museum of Modern Art’s collection and a monograph of his work, Unseen By My Open Eyes, was published in 2017. Expulsion was created as the practical component of Kevin’s PhD research project, Resisting Homonormativity in Queer Filmmaking Practice, in the cinematic arts department at Ulster University.

Kathleen Soriano, curator and broadcaster,  in conversation with Kevin Gaffney talk about the making of the work in the exhibition

Audio
Click here to listen to Kathleen Soriano, curator and broadcaster, in conversation with Kevin Gaffney talk about the making of the work.

Summoning a queer state
A text by Karl Schoonover (August 2020) contextualises the exhibition. Karl Schoonover writes about art, film, and other moving images. He teaches at the University of Warwick (UK) where he is Professor of Film and Television Studies. His most recent book Queer Cinema in the World (Duke University Press) was co-authored with Rosalind Galt.
Click here to read the full essay.