EVERYTHING OF THAT TIME MIGHT SOON END Between the Wars: The Gibson Bequest 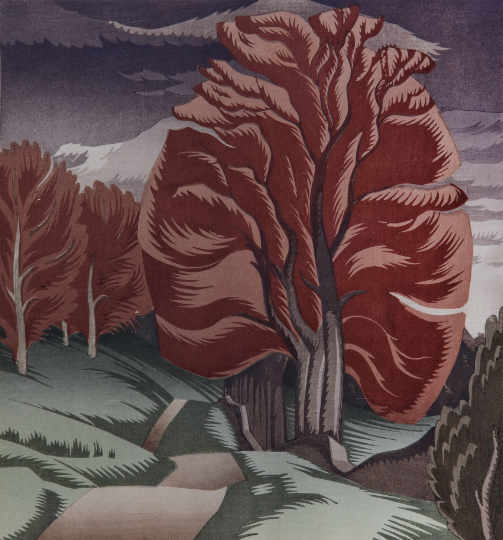 Offering curious insights into the art market this exhibition focuses on the collecting practices of the Gibson Bequest Committee during the period 1930-1940.

Reflecting their different geographic origins, the works displayed are grouped according to the various art dealers from whom they were sourced. The process of acquisition involved a panel of Expert Advisers who - through their knowledge and networks - identified such works and, in turn, recommended them for purchase to the Gibson Bequest Committee. The resulting selection provides a window into the priorities, urgencies, and mobility of interwar collecting.

Included in the exhibition are works by leading artists of the period – Sir William Orpen, Seán Keating, and Philip Wilson Steer – as well as influential and innovative printmakers – Robert Austin, Mabel Royds, John Copley and Iain Macnab. Each artwork speaks to its present time or to one that was fading (or had faded) from view.

Although speaking about novels, writer Elizabeth Bowen described works made in the interwar period (1919-1939) as reflective of "the pre-war time with its high tension, its increasing anxieties, and this great stress on individualism. People were so conscious of themselves, and of each other, and of their personal relationships because they thought that everything of that time might soon end."