Between Truth and Fiction: The Films of Vivienne Dick 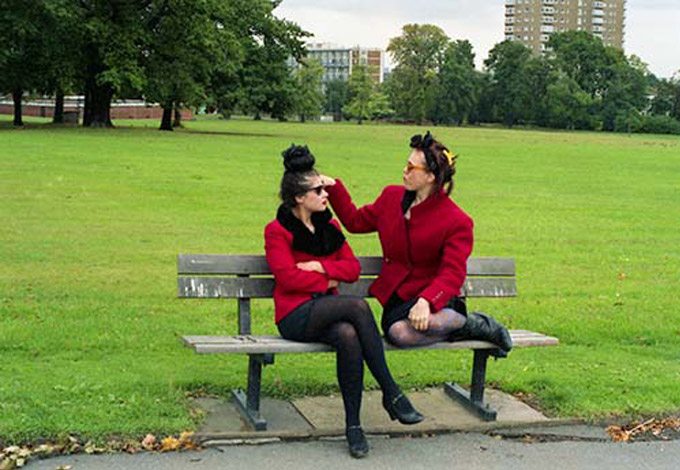 The first and long overdue retrospective of Vivienne Dick´s artistic practice, will include an ambitious selection of video, 16mm film and Super 8 work by Dick. Curated by Treasa O´Brien, the exhibtion is indicative of the crossover and hybridity of forms in Dick´s films, which do not easily sit in the usual distinctions of documentary, fiction, video art or music video, yet owe something to each.

Vivienne Dick´s career - and identity as a film-maker - was kickstarted in New York, when she emigrated from Donegal in 1975 and entered into the world of the post-punk ‘No Wave´ scene.  Her early films cast musicians and friends as the protagonists acting out disjointed narratives on NY streets, with a vérité style and a voyeurism, influenced by Warhol and the Factory, Jack Smith as well her contemporaries, Nan Goldin and others. With an emphasis on fragmentary narratives and socio-political themes, the early films evoke a time and mood of experimentation, wonder and collaborative cultural production in New York in the late 70s and early 80s. Her subsequent body of work, made in Ireland and London, continued these elements while taking a more documentary lead, and later as multi-channel installation. Her work is notable also for its exploration of gender and relationships much of her work featuring female protagonists, in fiction and document. Occasional footage shot in Ireland acts as testament to the 80s social politics (most notably in ‘Visibility Moderate´, 1981) interspersed with New York footage giving new context to the burgeoning globalisation of the times through the eye of the insider/outsider emigrant.

A special 16mm programme featuring She Had Her Gun Already, London Suite and Rothach will run in conjunction with the exhibition from Monday 18  September to Friday 25 Septmber and concurrently with Cork Film Festival from Monday 2 November until Friday 5 November.