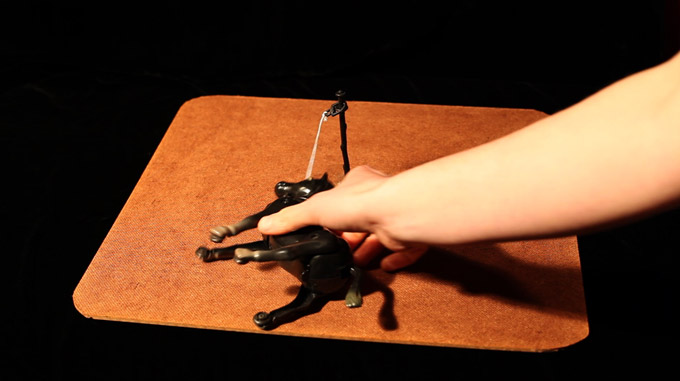 Motivational Deficit... at the Crawford Art Gallery, Cork features the work of eight contemporary Irish artists, whom within their art-making practice have marked the pervasive nature of how recession and austerity has crept, and sometimes smashed, into our lives.

The works in the exhibition, created within the last five years, offer an antidote to the phenomenon of motivational deficit* - the perceived public disaffection with political and social engagement - where society's relationship with the governmental policies that controls contemporary society is perceived as externally binding not internally compelling.

Motivational Deficit...comes together at a time when according to government and market led sources, supported by the media, Ireland is on the cusp of new economic growth. The works in the exhibition can be viewed as a set of markers which are both a critical response and a reminder in considering how to move forward from the particular set of socio-economic circumstances Ireland currently resides. Motivational Deficit... also asks if there is appetite to reconsider the overall system to prompt what lessons can we bring forward to quell the acceleration, crash and systemic failures of the Celtic Tiger and beyond....
*Simon Critchley, Infinitely Demanding. Ethics of Commitment, Politics of Resistance (2007), Verso, London & New York.