In my own time Grace Weir 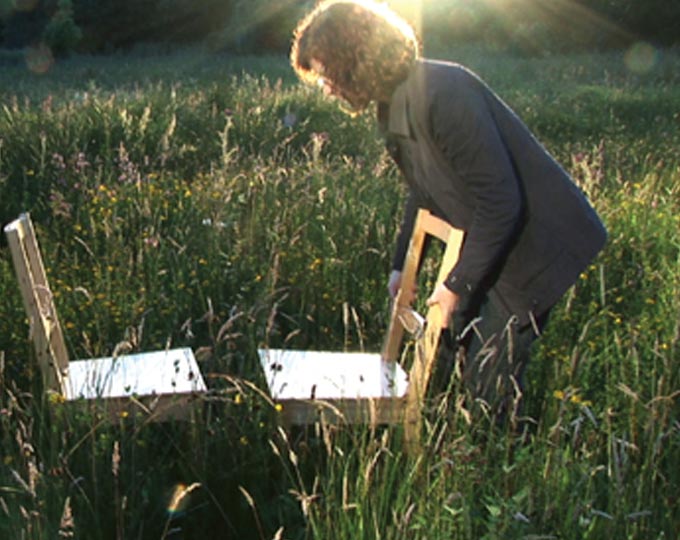 Crawford Art Gallery presents ‘In my own time’ by Grace Weir as part of a series of screenings by Irish and International artists.

“In my own time”, is a short film which explores ideas surrounding event time and our perceptions of place consisting of a series of episodes drawing together perceptions of time from different philosophical, scientific and cultural viewpoints. Episodes revealing how ancient societies regarded time and space in relation to direct experience – encapsulated in the phrase ‘as long as it takes to milk a cow’ – are shown alongside treatments of Einstein’s theories, ideas about civil timekeeping and the possibility of time travel. Influenced by 19thcentury scientific demonstrations, the artist explores these ideas through her own actions
and activities.

However Weir’s work is as much involved with the qualities and structures of film-making as it is with science. The film explores the connection between the concept of one’s self as a being in time and the sense of one’s life as a narrative.

Events in the film are portrayed in a rational style; but oscillate between fact and fiction, between documentary and cinematic illusion.

To launch the screening Grace Weir will give an informal talk on Thursday 7 April, 6:00 pm
(free entrance).

Grace Weir has shown extensively nationally and internationally working mostly in film and video. Recent exhibitions include: Déja Vu, The Dock, Carrick-on-Shannon; The Golden Bough In my own time, Dublin City Gallery, The Hugh Lane; In my own time, The Science Museum, London and represented Ireland at the 49th International Venice Biennale.