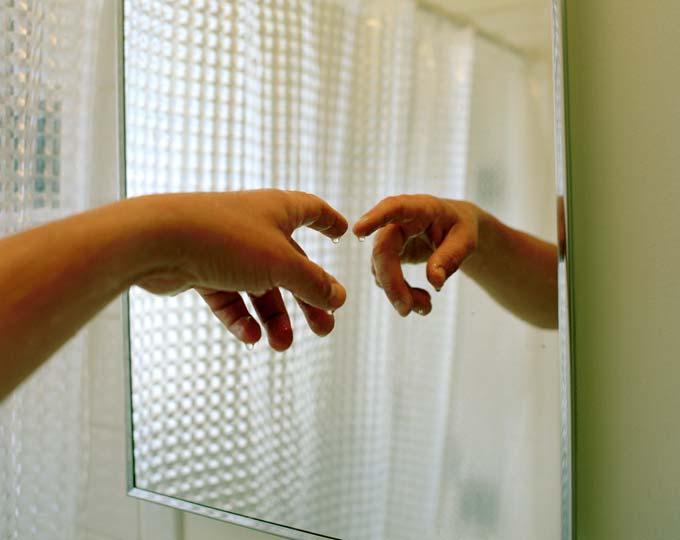 The labour of rising from the ground, said the artist, will be great, as we see it in the heavier domestic fowls; but, as we mount higher, the earth´s attraction, and the body´s gravity, will be gradually diminished, ´til we shall arrive at a region where the man will float in the air without any tendency to fall: no care will then be necessary, but to move forwards, which the gentlest impulse will effect.
—Samuel Johnson, 1759, The History of Rasselas

The idea of gravity as both an actual physical force, and also a metaphor for living, is pervasive. People often refer to the ‘gravity´ of a situation, while the term gravitas is used to describe a somewhat ponderous dignity. However, the way in which artists, both historic and contemporary, work with this physical reality reveals much about how the world is viewed, experienced and interpreted.

The exhibition presents over 50 works by 29 celebrated artists from Marina Abramović and Ulay´s 16mm film Rest Energy (1980); abundant with relational gravity, to Dorothy Cross´s sculptural work Whale (2011) that physically embraces the materiality and suspension of gravity.

In Antipodes I/II, directed by choreographer William Forsythe, the dancer is shown floating, moving between two tables. While in Li Wei´s photographs, such as Love at the High Place (2004) [below], the artist creates situations which are like frozen moments of extreme choreography.

The recording of performance art, and these records becoming art in their own right, goes back to works such as Failing to Levitate in the Studio (1966) where Bruce Nauman attempted to hover above his studio floor. This exhibition is an intricate and multidisciplinary exploration of the many interpretations of gravity, from science to spirituality, all of which disturb our senses.