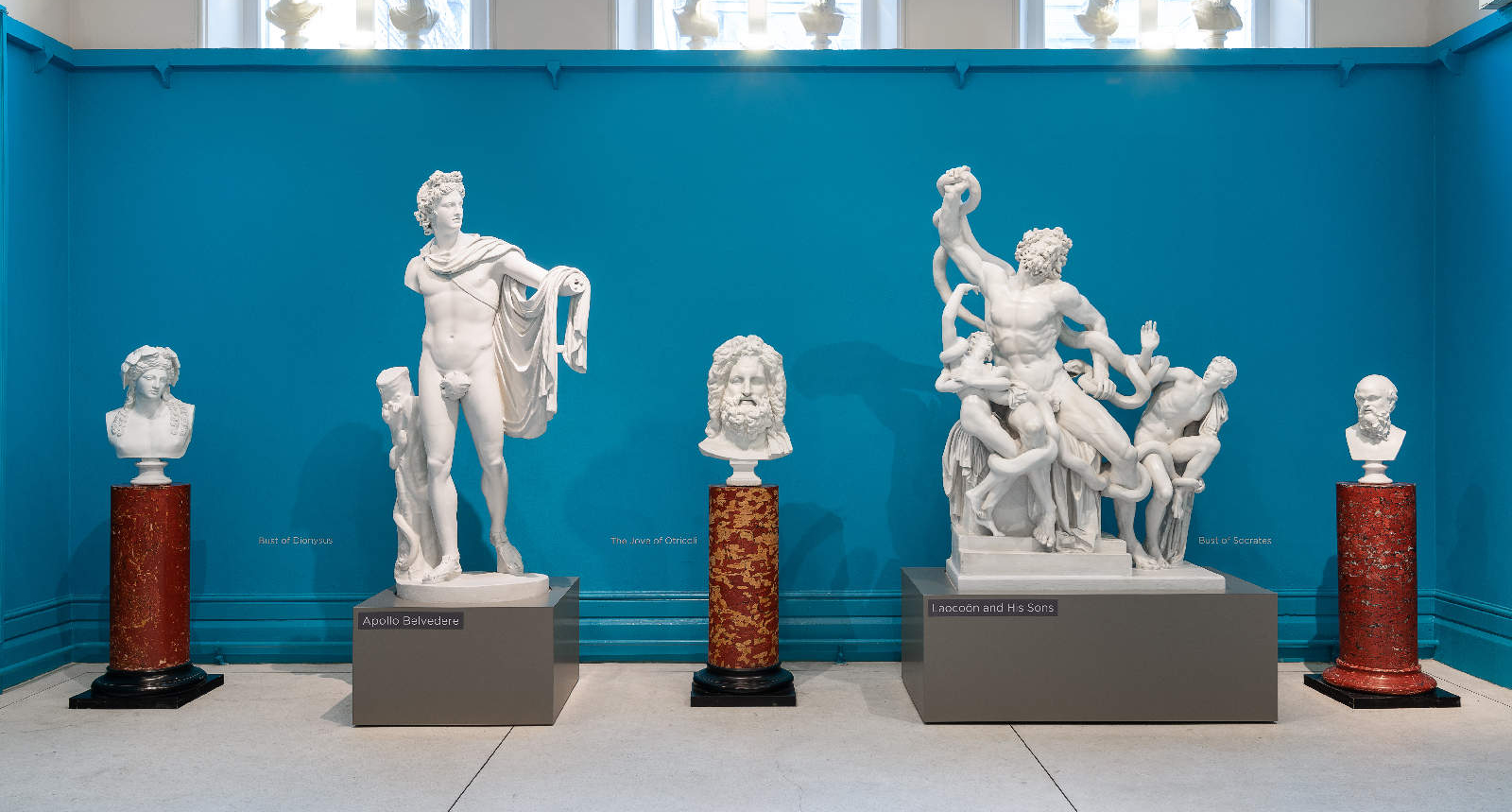 In this new 8-part series, we explore the stories of our Sculpture Galleries and uncover curious things that usually only curators get to see! Discover sculptors’ secrets and makers’ marks, focus on flashlines and fig leaves, and seek missing arms – and even extra feet – as Abbey Ellis traces the tales of our cast collection.

This time on SCULPTURE SECRETS, let's take a look at Socrates as you’ve never seen him before!

Another Side to Socrates

Although our plaster cast of the great Athenian philosopher may look perfectly formed from the front, his rear view might surprise you! Spin the 3D model of our Bust of Socrates below. Can you make out his hollow reverse?

Socrates by crawfordartgallery on Sketchfab

But why is Socrates hollow? Understanding the making technique behind this cast is key. Our Bust of Socrates dates to c.1816 and was produced by pouring liquid plaster into a mould. First, fine high-quality plaster was swilled around the mould to form the smooth finished surface. Then, coarse lower-quality plaster was packed into the mould to support the sculpture and prevent it from breaking. The mould was not filled entirely with plaster, explaining Socrates’ hollow rear.

Can you note the difference in textures between the interior and exterior of the cast in the photos below?

To learn more about the casting technique, you can watch the below video from the Victoria and Albert Museum, London. It demonstrates the complexity involved in producing a cast. Casting is a highly skilled making process, requiring a sculptor to undergo years of training in order to perfect the method.

Casting produces highly precise replicas, which accurately reproduce the original to within millimetres. Cast-making workshops were abundant in the nineteenth century, when casts were popular features of stately homes, museums, and artists’ workshops, but far fewer operate today.

Major museums such as the British Museum, London and the Metropolitan Museum of Art, New York were once home to huge cast collections but their popularity plummeted around the turn of the twentieth century. Many cast collections were smashed up or thrown out. Although many have been lost, our remaining Canova Casts were lucky survivors of this tumultuous time and Crawford Art Gallery is very fortunate to still have them for visitors to enjoy today.

Virtual fun in the Sculpture Galleries doesn’t stop here! Each post in this series will be accompanied by an activity especially tailored for a younger audience. In this instalment, we invite our artistic explorers to test their knowledge of our cast collection by taking this fun quiz:

Abbey Ellis is a PhD researcher at the University of Leicester and Ashmolean Museum, Oxford on an AHRC CDP placement at Crawford Art Gallery. Her research focuses on archaeological plaster casts, sculptural materials and making, and authenticity. 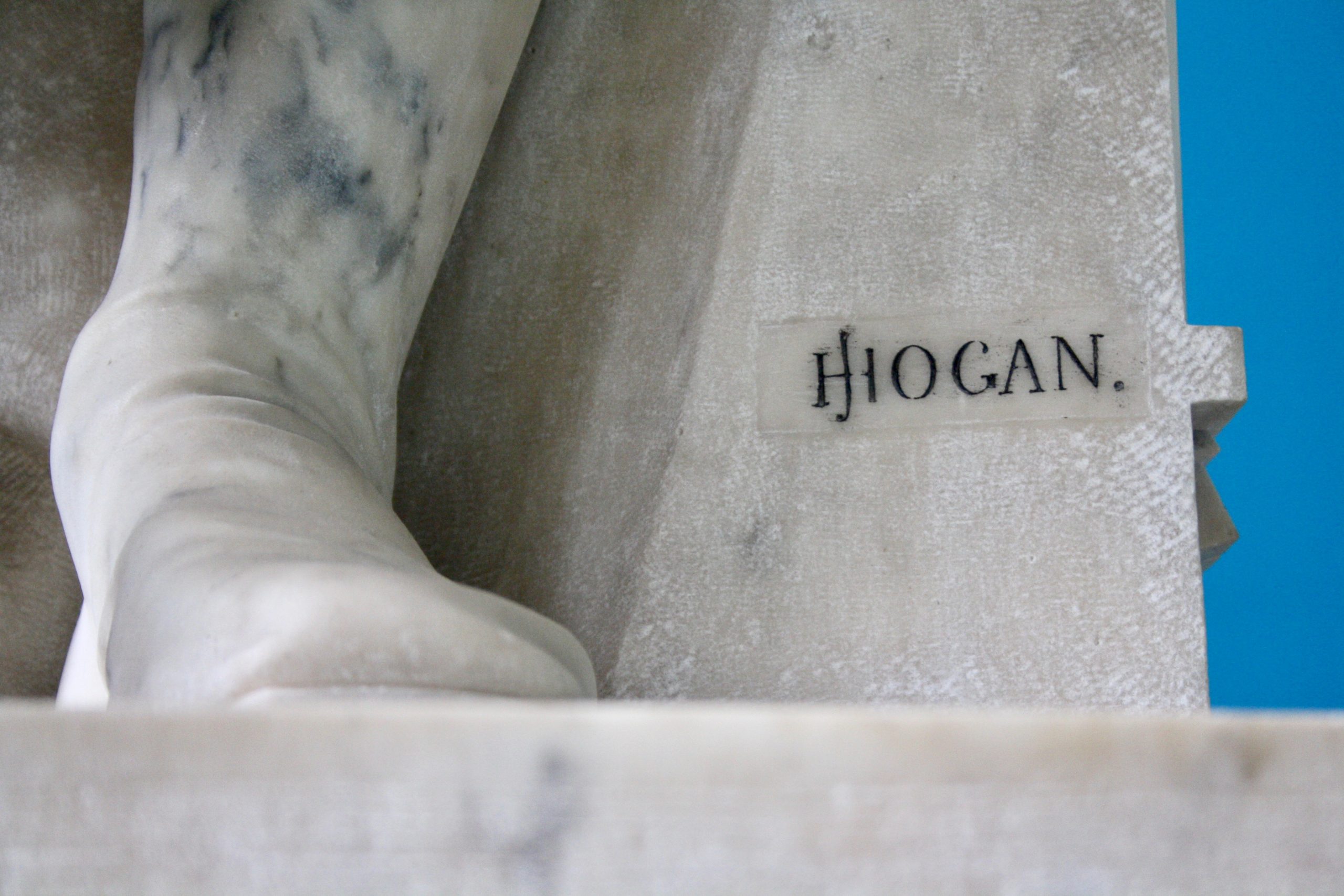 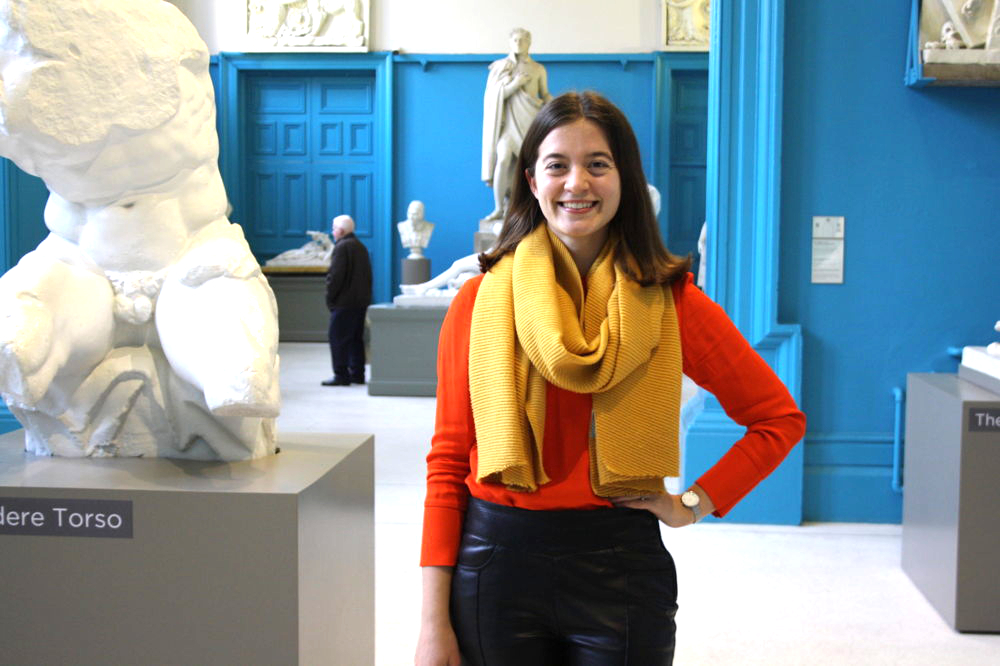